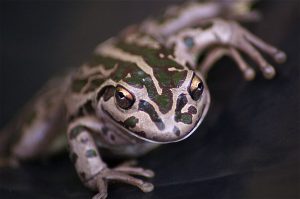 The Waterbird Conservation Group is a volunteer non-profit organisation. The group is made up of people who share the love of waterbirds and who strive to protect their habitat.

We formed in 1984 in response to a severe outbreak of botulism in waterbirds at Thomsons Lake Munster, south of Perth. Hundreds of sick and dying birds including pelicans, swans, ducks and wading birds were rescued during the outbreak.

The group’s initial focus was on the rescue and rehabilitation of sick, injured and orphaned waterbirds. During the past 15 years the group has moved its attention to addressing the causes of waterbird deaths, such as the loss of wetlands, their degradation, pollution and poor management, rather than the symptoms.

In addition to lobbying local and state governments to protect the environmental values of all wetlands in Western Australia the Group manages two wetlands in Baldivis. The Group has had vesting of two wetlands in Baldivis, east of Rockingham since 1993. These wetlands, Folly and Maramanup Pools, are situated along the Peel Main Drain. During the winter months their waters eventually end in the Peel Inlet – Harvey Estuary in Mandurah.

The group is actively restoring these wetlands by fencing, planting native vegetation, weeding, managing access to the wetlands and managing freeway impacts. Members are working down on the wetlands every month. Photo: WCG Members and volunteers at Folly Pool with Len Howard Award.

In 2011 between May and November members and volunteers planted almost 15,000 native seedlings at Folly and Maramanup Pools. This was a huge effort and was sponsored by Caring for Our Country Community Acton Grants, Conservation Council of WA grants, Department of Environment and Conservation’s Environmental Community Grants, generous individual sponsorships and supported by City of Rockingham, SERCUL and WaterCorp. 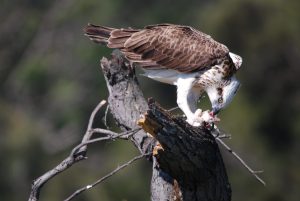 In October 2011 the Group was the proud recipient of the Conservation Council of WA’s Len Howard Community Group Conservation Award. The award was presented to members at the Conservation Council of WA’s awards night by CCWA patron Josh Byrne.  This award was established in honour of Len Howard, who founded one of WA’s most successful conservation groups, Peel Preservation Group, which he led for 20 years. The recipient of this award is a community group which has demonstrated an outstanding commitment and success in the conservation of the Western Australian environment.

As noted above Folly and Maramanup Wetlands are managed by the Waterbird Conservation Group, a volunteer organisation. Our members continue to actively manage the wetlands increasing the diversity of flora and fauna. The wetlands are a sanctuary for wildlife, are securely fenced and therefore access is limited and managed.

So if you want to view these wonderful wetlands please join in our workdays. Contact the Group on waterbirdgroup@gmail.com to find out when the next workday is. Workdays include planting, watering, weeding, guard removal, fencing and more.

Membership is open to all people who support our objects which are to:

If you would like to join our Group please fill in the membership form below and submit to the Group.