Skip to content
Home//Policies and Processes critical to Bush Forever 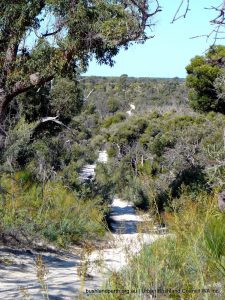 In 2010, the 287 Bush Forever sites were finally afforded statutory definition on the Perth Metropolitan Regional Scheme map, through Metropolitan Regional Scheme Amendment for Bush Forever and Related Lands (MRS 1082/33).  This was after many years of lobbying by the Urban Bushland Council (UBC) and is a positive milestone, but with one major flaw.

While the boundaries of all Bush Forever Areas now have statutory definition on the map, there is no stated land use purpose of nature conservation in the Amendment. 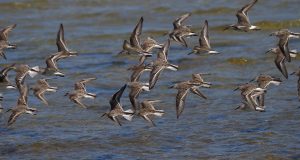 The Perth and Peel regions are projected to grow to 3.5 million people by 2050 – an increase of almost 70 per cent on our current population. Supporting this growth and delivering an efficient and liveable city while protecting our unique natural environment is a significant challenge.

The State Government prepared the draft Perth and Peel Green Growth Plan for 3.5 million (Green Growth Plan) to meet this challenge and sought public comment up until May 2016. In September 2017 the Department of Premier and Cabinet advised that work is continuing on the Strategic Assessment of the Perth and Peel Region (SAPPR).

A major focus of the work being undertaken now involves ensuring that the strategic assessment maximises the transformative effect of METRONET on the Perth and Peel regions. Release of a revised draft for public consultation is planned for the first half of 2018. Full details can be found here.

What is at risk? Why does it matter?

The Perth-Peel region lies within a global biodiversity hotspot for conservation priority, because it is under threat! Perth’s Banksia woodlands and wetland ecosystems are unique and rich in biodiversity, and precious but under threat of continued clearing justified by a flawed process of offsets.

However, UBC’s assessment of this Plan is that the State Government is offering very little to conservation. In fact, the net result will be a downsizing of the conservation estate that has been built up by successive governments over the past 50 years. When you compare this Plan against previous plans (namely the System Six Report and the Bush Forever Plan), it means a net loss of 90,000 hectares of land previously earmarked for conservation. The wetland promises are also dubious. The new wetland buffer guidelines will only apply to conservation category wetlands, which account for only 17% of the remaining wetlands in the Perth and Peel Regions. This means that the Government is proposing to protect just over 3% of the original wetland system.

Find our submission here.  A detailed analysis of impact on Bush Forever sites can be found here.