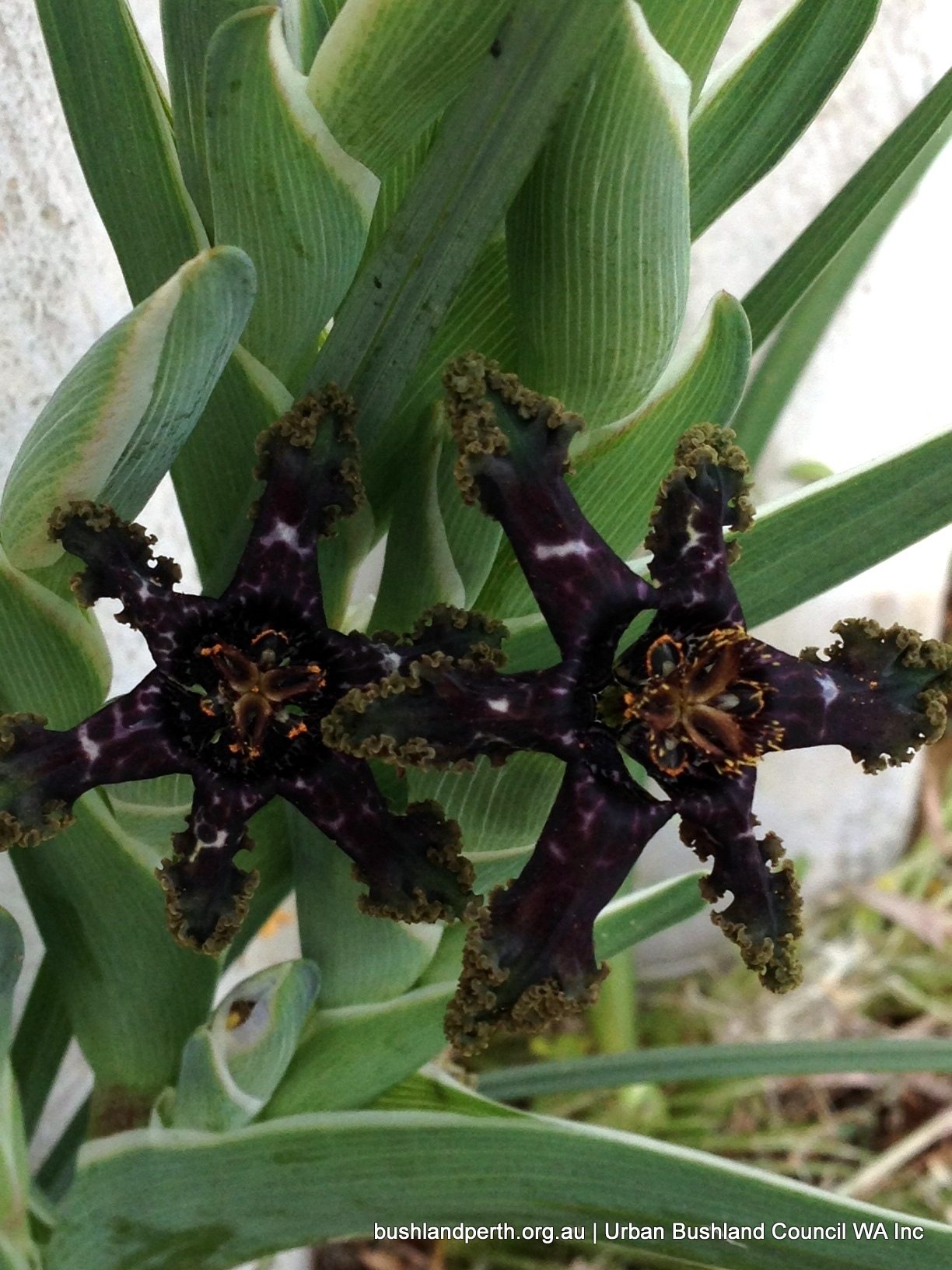 Black Flag is a perennial cormous herb that dies back over summer but sprouts again during winter. Originally from South Africa it was introduced as a garden plant grown for its unusual black flowers which individually last only one day. The flowers produce a strong odour. Each year the plant produces a large number of corms (up to 20 corms) before dying back over summer. The weed often produces large clumps of fleshy foliage and strappy leaves which are easily identifiable.

This weed is a malodorous, cormous perennial growing to 0.6 m high. Flowers last for one day only and are pollinated by flies. Flowers produce a strong pungent scent. Generally Black Flag survives fire.

If left will spread bushland and may compete with native plant communities. Each year plants produce new corms that are added to a column of dormant corms produced in previous years. There can be 15-20 corms in a single column.

Occurs on the Swan Coastal Plain and through various areas in the South-West Province. It prefers road verges, dunes and wasteland sites.