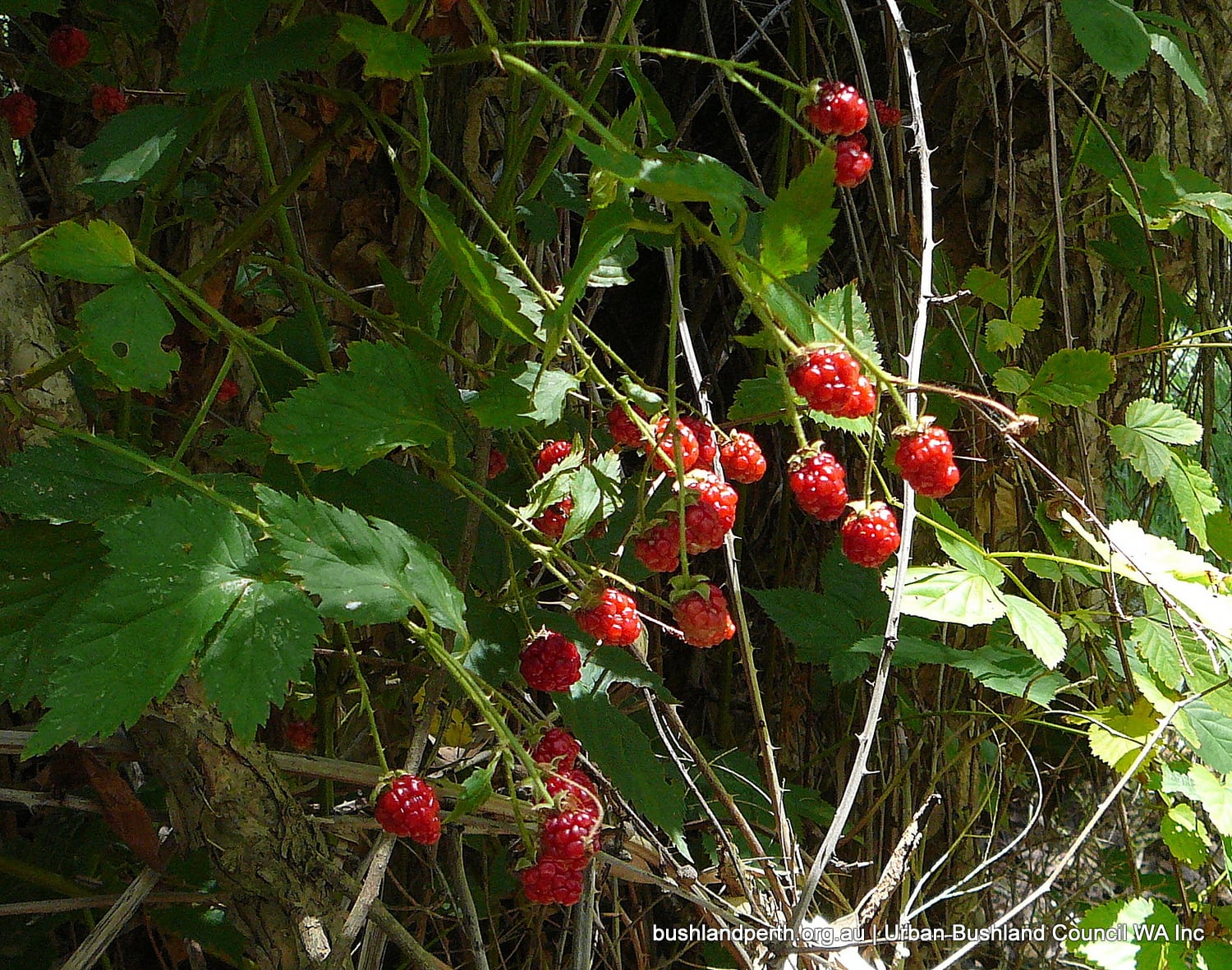 All Blackberries in urban bushland are Declared Plants and were originally introduced from northern Africa and Europe as a source of fruit or as an ornamental plant. These prickly, straggly plants are now a serious weed along waterways and creeks both on the Swan Coastal Plain and in the Darling Range. During summer they produce red fruits that when ripe turn black.

In 2004/2005 herbarium collections of blackberry were made across the state as part of a NRM project to determine the overall distribution and incidence of weedy blackberry taxa. It identified WA has several weedy Rubus species, with no native Rubus species. R. ulmifolius occurs in isolated patches throughout the southwest of the State and is the main species in the Perth Metropolitan Area.

Blackberries are straggling perennial shrubs that can grow to 4 m high. They reproduce by seed or often by stem layering or suckering. Birds, foxes, other mammals and garden refuse are all ways the plant is dispersed. Vegetative regeneration strategy. The flowers are polinated by bees and there has been reported high levels of non-viable seeds, however this is counteracted by high rates of seed production. Germination is triggered by soil disturbance. Seedbank persistence isn’t known for this species, however seed dormancy and variability is highly variable within Rubus and all species have some dormancy. In response to fire the plant resprouts.

Blackberry is a major threat to conservation values anywhere it has taken hold. The impact on ecological processes and plant communities is acute.

Found usually in wetter areas of the South-West Province usually along creeks & drains.

For small infestations or in sensitive areas hand pull small plants or seedlings. In larger areas the canes may be slashed but follow up is required. As a Declared Pest and a Pest Plant under the Agriculture and Related Resources Protection Act 1976 and has therefore documented control strategies in place.