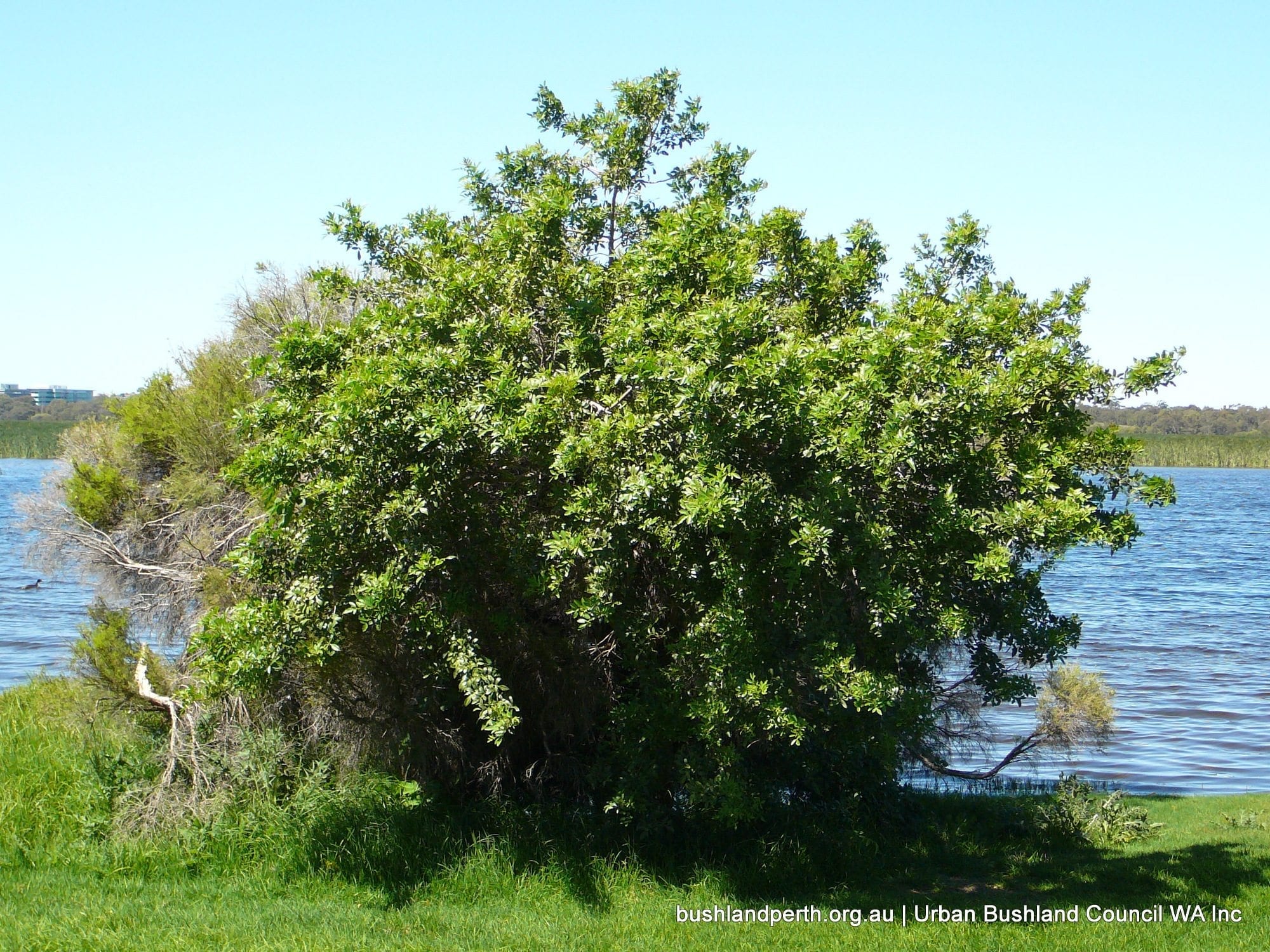 This is an evergreen tree to 6 metres tall and is common in older suburbs where it was sometimes used as a street tree. It was originally introduced as a garden tree and is native to tropical South America. It grows from seeds and suckers and can recover from less severe fires. In bushland it can form dense thickets and can block the sunlight thus destroying the native understory vegetation.

This tree grows to 6 m high. Male trees bear small, cream, dioecious flowers in late summer, while female trees produce many small berries. The berries are probably dispersed by birds. It produces suckers from damaged roots and regrows vigorously from the stump when cut. Unripe fruit can be fatal to horses and crushed ripe fruit causes respiratory difficulties in humans. Contact with sap or resin can cause skin irritation and smells like turpentine. Established trees are not killed by fire and will rapidly recover from less severe burning or do not burn. Fire retards growth and/or kills smaller plants. Stems sprout prolifically after canopy damage.

If left will spread over bushland and impact on plant communities. It can form dense thickets which shade out and smother native vegetation, and can block access to creeks.

Occurs in sand over limestone or laterite in the South-West Province.

High: major threat to the conservation values of Banksia woodlands and the South-West Province.

Hand pull seedlings ensuring removal of all root material. It has been a target for biocontrol in the USA. Optimum hand removal should be done during growing season between December and March.

Stem inject older plants using 50% Glyphosate or basal bark with 250 ml Access in 15 L of diesel to bottom 50 cm of trunk during summer. Avoid root disturbance until trees are confirmed dead. Read the manufacturers’ labels and material safety data sheets before using herbicides. Optimum treatment should be done during growing season between December and March.