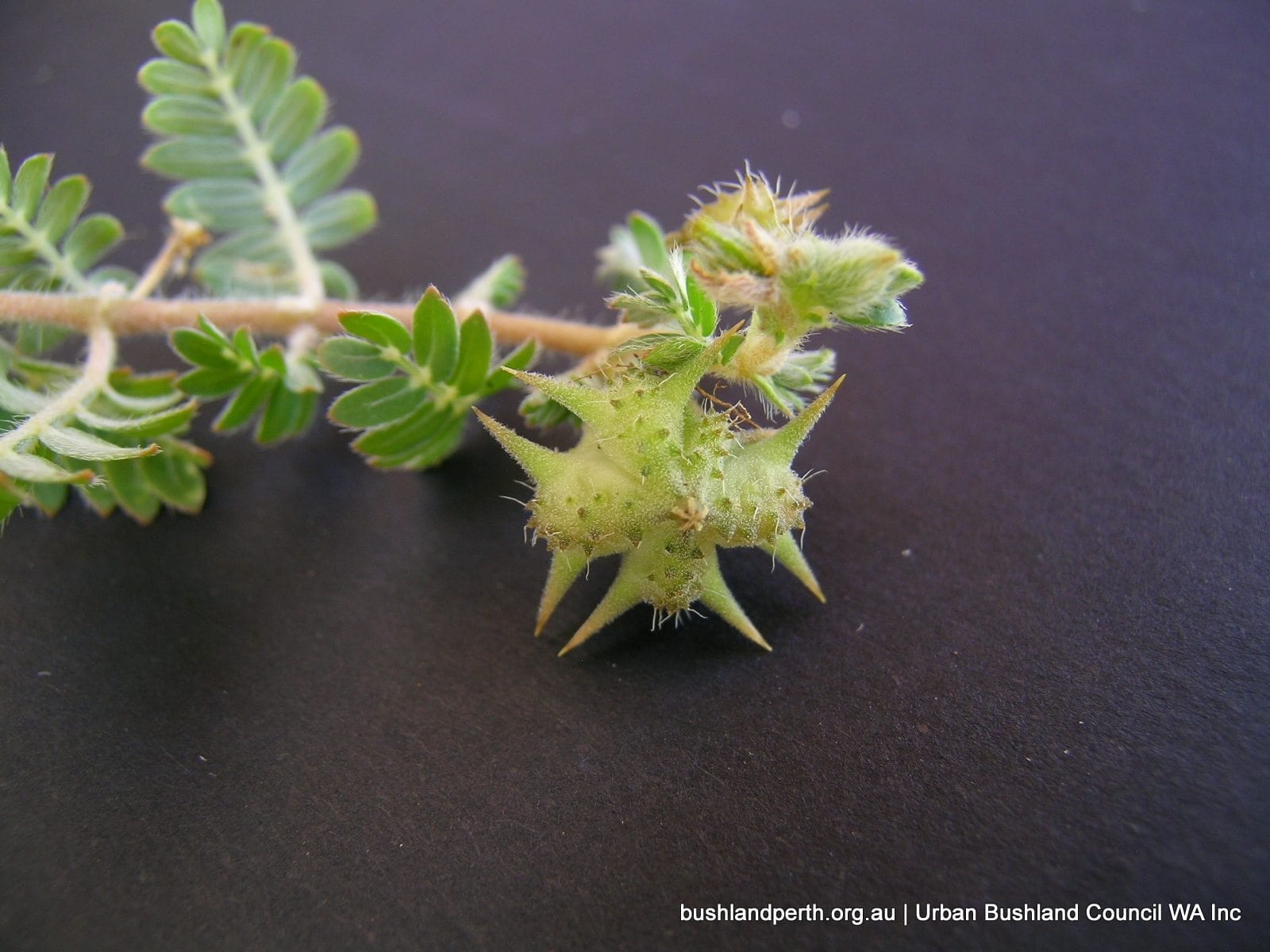 Caltrop is a prostrate annual that produces very spiny fruits that can cause major problems to plant, animals and people. It is called puncture vine in some places because it can puncture bike tyres. It is a declared Pest Plant and some Local Government Authorities are taking action to eradicate the pest from their areas. As a Pest Plant under the Agriculture and Related Resources Protection Act 1976 there are documented control strategies in place.

A prostrate annual its first flowers are produced only weeks after germination and fruit within five to six weeks. The fruit have a distinct divergent, sharp median spines 3-8 mm long. It is toxic to stock. Fruit segments have sharp spines that allow rapid dissemination of seeds. An extensive root system allows it to survive droughts and compete effectively for moisture and nutrients. Fruit is continually produced throughout the summer. The seed bank can persist for up to 5 years.

Dense infestations can dominate other ground flora. Seeds germinate after rain and can become dense infestations smothering native vegetation. The seeds are easily dispersed on clothing and shoes. It can germinate throughout the year particularly anytime following rain. First flowers may be formed when plants are 3 weeks old and the first fruit at five or six weeks. Declared weed in South Australia. Overseas biological control agents have been used relatively successfully.

High: a major threat to conservation values anywhere it has taken hold.

Exclude people and close tracks to stop spread. Hand remove small/isolated populations, pulling plants from the root crown. Pest Plants under the Agriculture and Related Resources Protection Act 1976 have documented control strategies in place for control. Manual removal can be done at any time of the year.

Apply herbicide to prevent seed set. Glyphosate at 1% is effective on seedlings. On bare tracks diesel can be used to kill plants and penetrate and destroy seed in surface soil. Read the manufacturers’ labels and material safety data sheets before using herbicides. Pest Plants under the Agriculture and Related Resources Protection Act 1976 have documented control strategies in place for control.