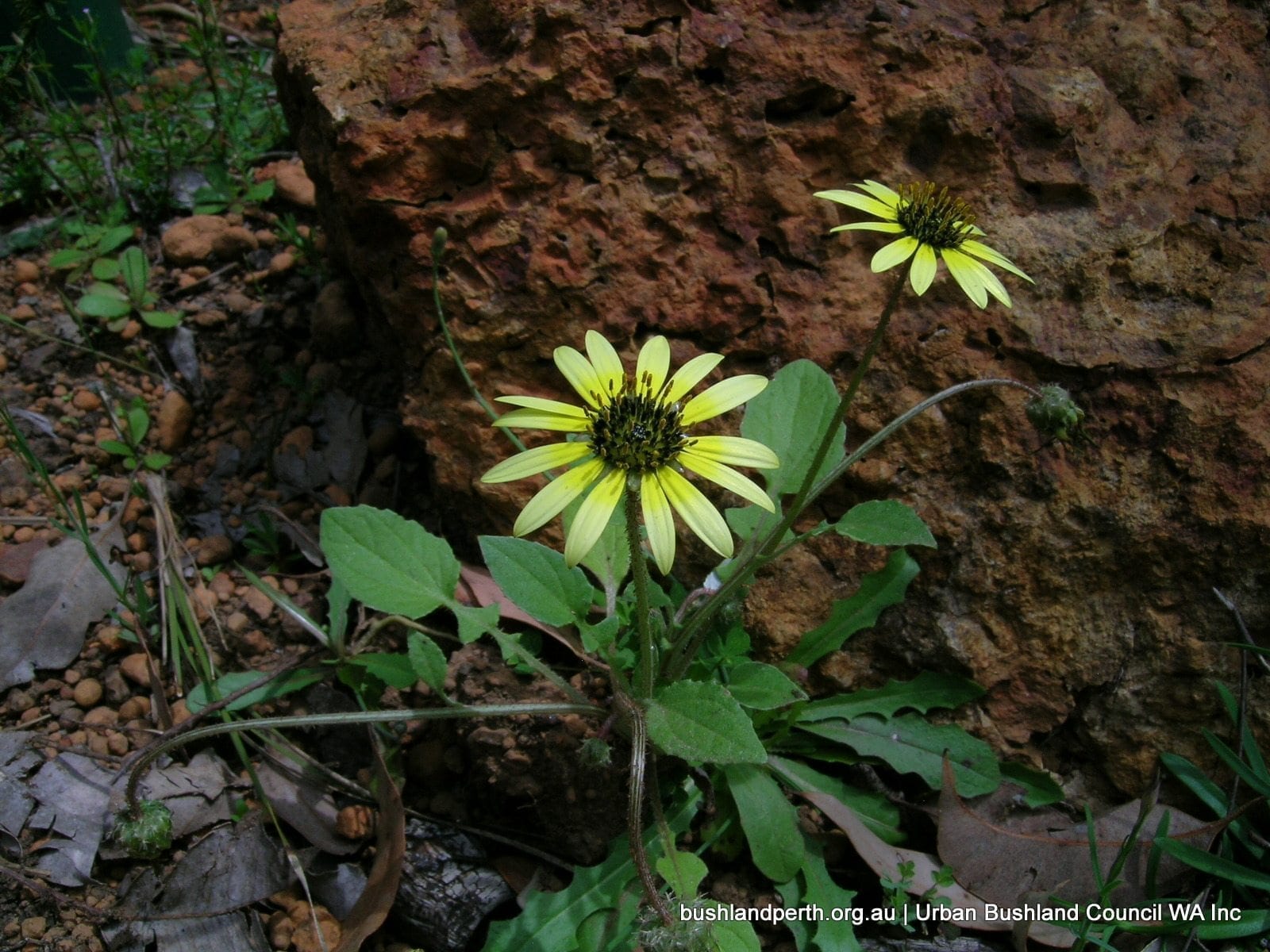 Capeweed is an annual producing brilliant yellow ray florets around a central black disk. It is a major problem in bushland and one of the first to regenerate after fire. The plant forms dense clumps often displacing the native daisies and other herbs. It is another southern African native, probably introduced as a seed contaminant.

This weed is a spreading rosetted annual or biennial to 0.3 m high producing masses of yellow daisy flowers with black disc at the center. It is found on roadsides, cultivated land and waste places. The grey leaves are hairy and lobed and white on the underside. The seeds are covered in fluffy beige ‘wool’. It can also reproduce vegetatively by stolon fragments. Germination is promoted by light. The early onset of low winter temperatures may postpone germination until the following autumn. It can go on to produce seed under defoliation. Persistence of seed in the soil is strongly influenced by the ecotype/location and degree of burial. Low rainfall events can favour capeweed germination before other species as the woolly seed cover attracts moisture and reduces desiccation. Seed dormancy is overcome by high summer temperatures. There may be large differences in seed dormancy characteristics, with genetically distinct populations adapted to particular environments.

Widespread and common in temperate areas in the South-West of the State. Colonises roadsides, waste places, bare soil, cultivated land and disturbed sites.

Chip out small infestations, ensuring root is severed well below ground level to prevent re-sprouting from the crown.

For large infestations apply Lontrel 6 ml/10 L (300 ml/ha) in early growth stages. Glyphosate at 0.2% will provide some selective control if the plants are young or at the budding stage, otherwise spot spraying Glyphosate at 10 ml/L will control Capeweed at all growth stages. A combination of chemical and physical control with follow up treatment provides optimal control. Read the manufacturers’ labels and material safety data sheets before using herbicides. Biotypes have evolved resistance to Group D/22 (Bipyridiliums) and Group L herbicides. Optimum treatment should be undertaken between August and November.