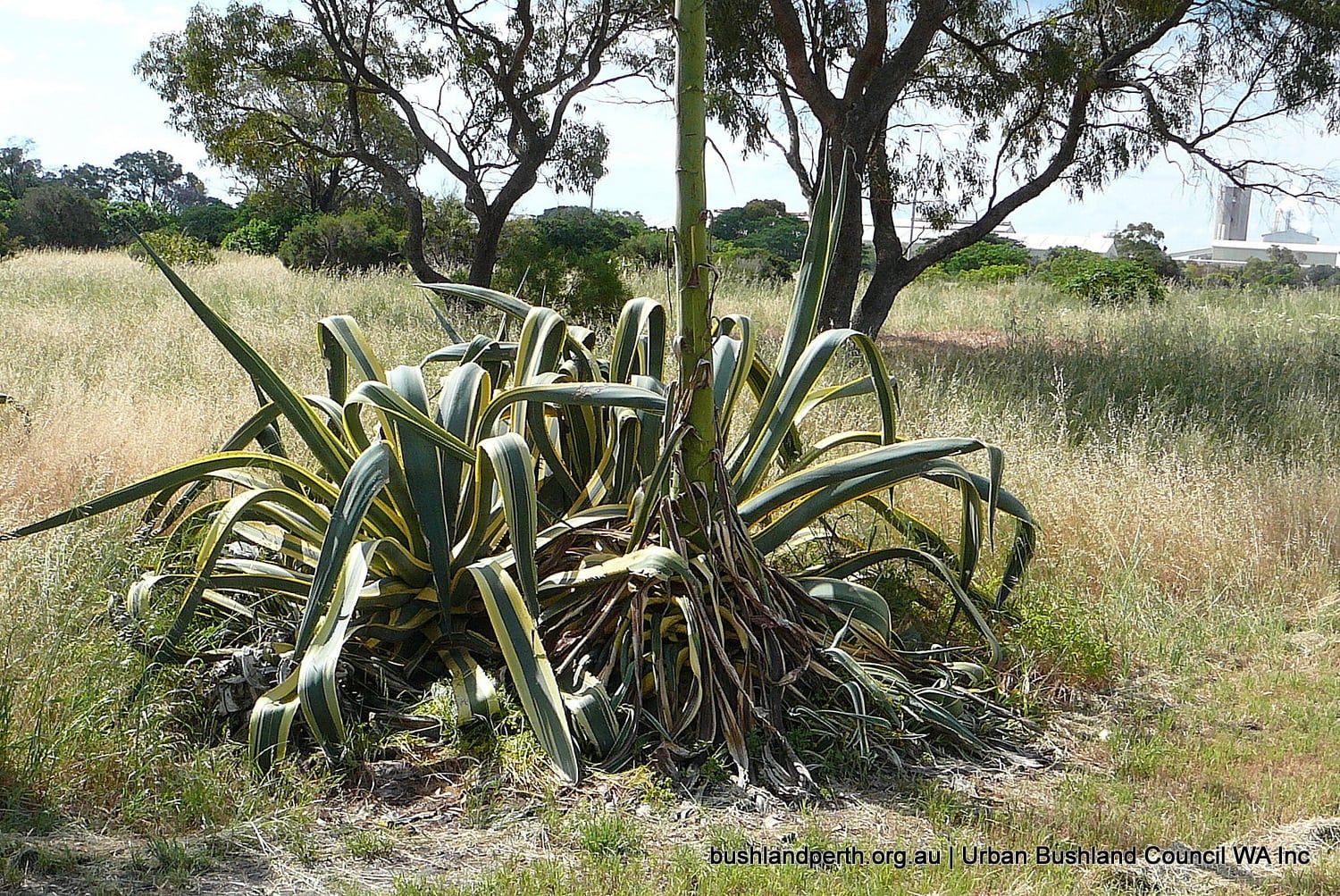 The Agavaceae sub Family is usually found in warm arid areas of the world and are often planted in gardens because they are fairly drought tolerant. Of these many species only one species (Agave americana) has become naturalised in West Australia and is often found in older suburbs and old settlements. Originally from Mexico and the south and central areas of the United States, in its native habitat where sandy soils are rare there are low establishment rates. But sandy soils outside its native range provide opportunities for rapid clonal reproduction. Agave was introduced as a hardy, ornamental plant.

Agave lives for between 10 and 15 years. The flowers are borne on stiff spikes up to 7 m tall in summer after which the plants die. Bats and/or moths are believed to be the pollinators of the flowers. New plants form by seeds and suckers. The plant can tolerate extremely high tissue temperatures and reduces water loss by stomatal opening and CO2 uptake primarily occurring at night. Although seed has high germination rates, most seedlings have been found to die shortly after germination. It can be poisonous to mammal and the sap is an irritant and can cause dermatitis.

Agave can form thick thickets by suckering and can reduce native species diversity. Research has shown it has higher vegetative establishment rates in sandy soils than clay soils.

Distributed sparely from Shark Bay to Israelite Bay in West Australia where it has naturalised around old habitations & along roadsides.

Medium: may cause some disruption to ecological processes or loss of biodiversity.

Plants can be dug out or hand weeded. Care should be taken when handling the plants as the sap can cause skin problems.

Stem inject herbicide into base of leaves using 1 part Tordon®/5 parts diesel. Read the manufacturers’ labels and material safety data sheets before using herbicides. November, December and January are optimal months for injecting the herbicide. Treatment can be done in other months occasionally.