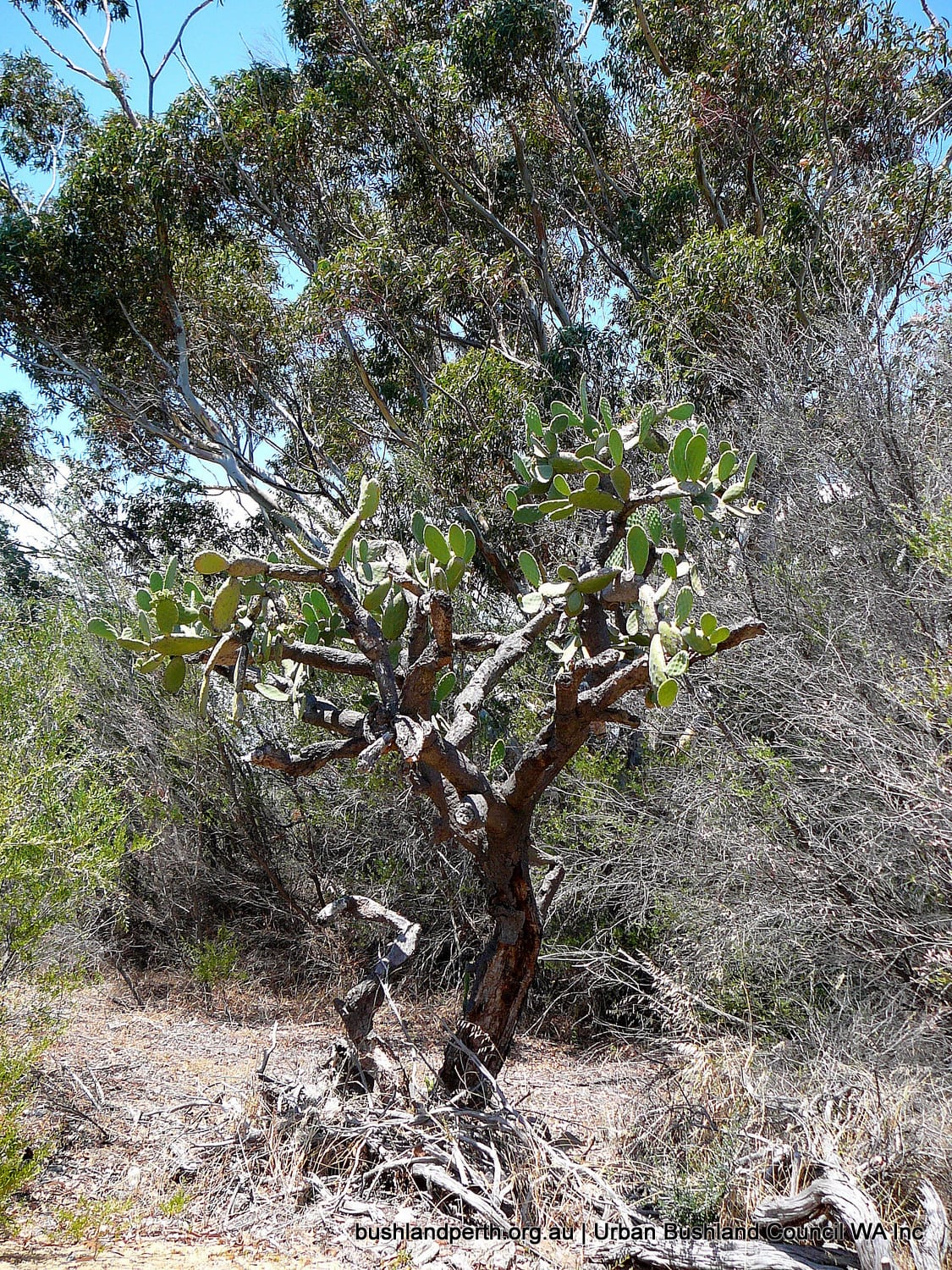 This high priority weed is a Declared Plant  under the Agriculture and Related Resources Protection Act 1976 and has therefore documented control strategies in place. Originally an endemic of the subtropical and tropical coastal areas of the Americas and the Caribbean and was imported into Australia in the 19th century for use as a natural agricultural fence and in an attempt to establish a cochineal dye industry. It has become naturalised in many parts of the State and is still found in gardens in the older inner Perth suburbs. Infestations have been recorded as far north as Karratha and east to Esperance.

This invasive weed is an erect or sprawling shrub up to 2 m in height. It produces lemon yellow flowers in the spring and summer, followed by purplish-red, edible fruits.

Opuntia stricta is considered an invasive species in Australia. It is quick to colonize hot, open environments with sandy soils.

High: If left will spread over bushland and impact on ecological processes and plant communities.

In Australia it has been the subject of one of the first really effective biological control exercises using the moth Cactoblastis cactorum. It was declared a Weed of National Significance by the Australian Weeds Committee in April 2012, but continues to be kept under control by the use of the Cactoblastis moth and a Cochineal insect, Dactylopius opuntiae.