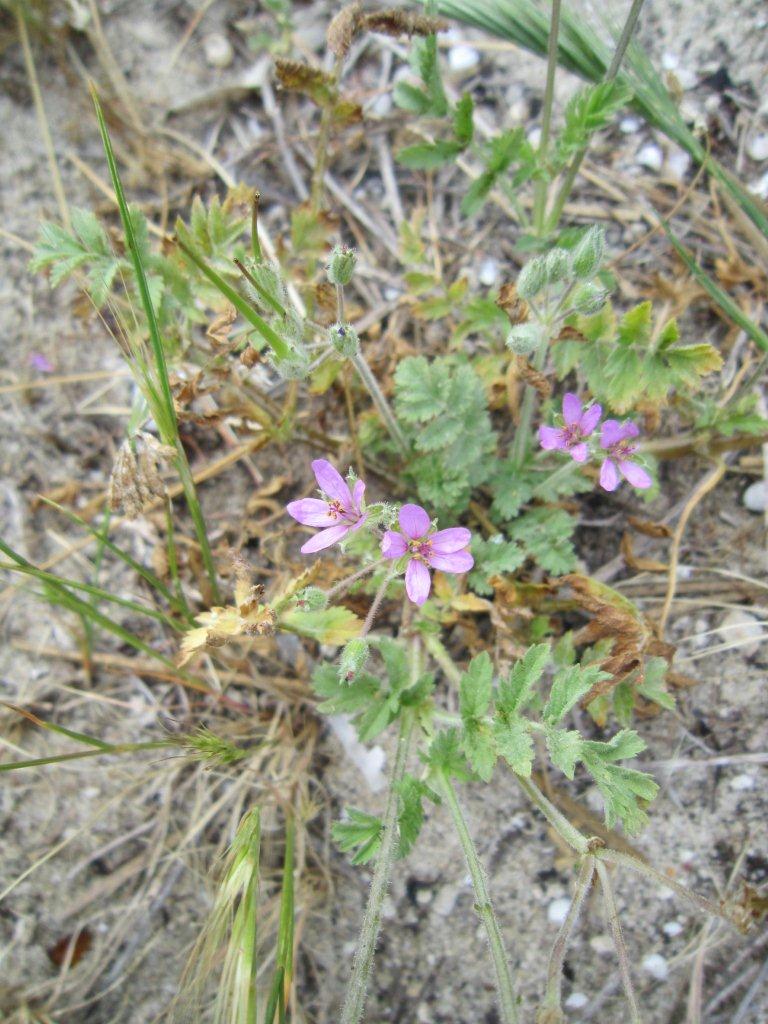 The Common Storksbill is part of the Geraniaceae Family and was originally a native of the Mediterranean Region. It may have been introduced with seed crops. Although this species is a weed there are native species of the Genus Erodium in WA. It is easily identified by the 3-4.5 cm beak on ripe fruit.

Common Storksbill is a low decumbent, ascending or erect annual or biennial growing to 0.2 m high. It has pinnately lobed leaves cut to the midvein and bears pink and white flowers during late autumn to spring. The ripe fruit has a long beak.

The plant is more a weed of crops and pastures, however it is now quite widely spread along roadsides and in bushland and waste lands across the Eremaean and South-West Province.