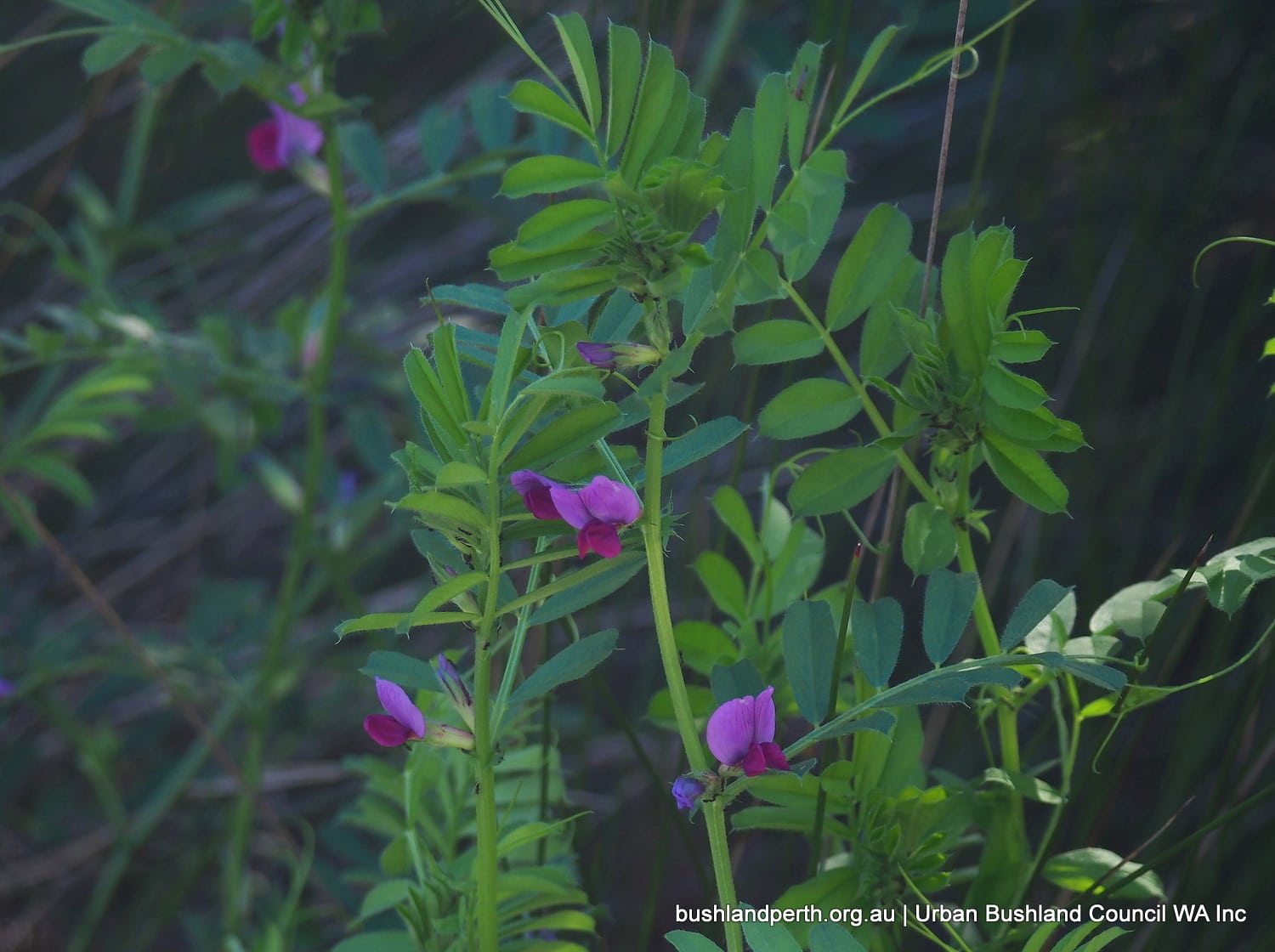 At Herdsman Lake this weed forms dense mats on disturbed ground and smothers any native vegetation. It originated from north and eastern Africa and Europe and was probably introduced in grain and cattle fodder. As an annual it grows rapidly into a tangled carpet sometimes growing as tall as 1.5 metres.

Common Vetch is an annual herb growing to 1.5 m high. It produces masses of pink pea shaped flowers in pairs in the leaf axils from July to December. Flowers are hermaphrodite and are pollinated by bees, moths and butterflies. Vetch has a rapid growth rate and is moderately salt tolerant. It was probably introduced with cattle forage and grain.

If left will spread over bushland and impact on plant communities. It will smother native plants and is capable of fixing nitrogen. This weed has adapted to a range of soils but not acidic or poorly-drained soils.

Unknown: but may be a major threat to the conservation values of Banksia woodlands and South-West Province.