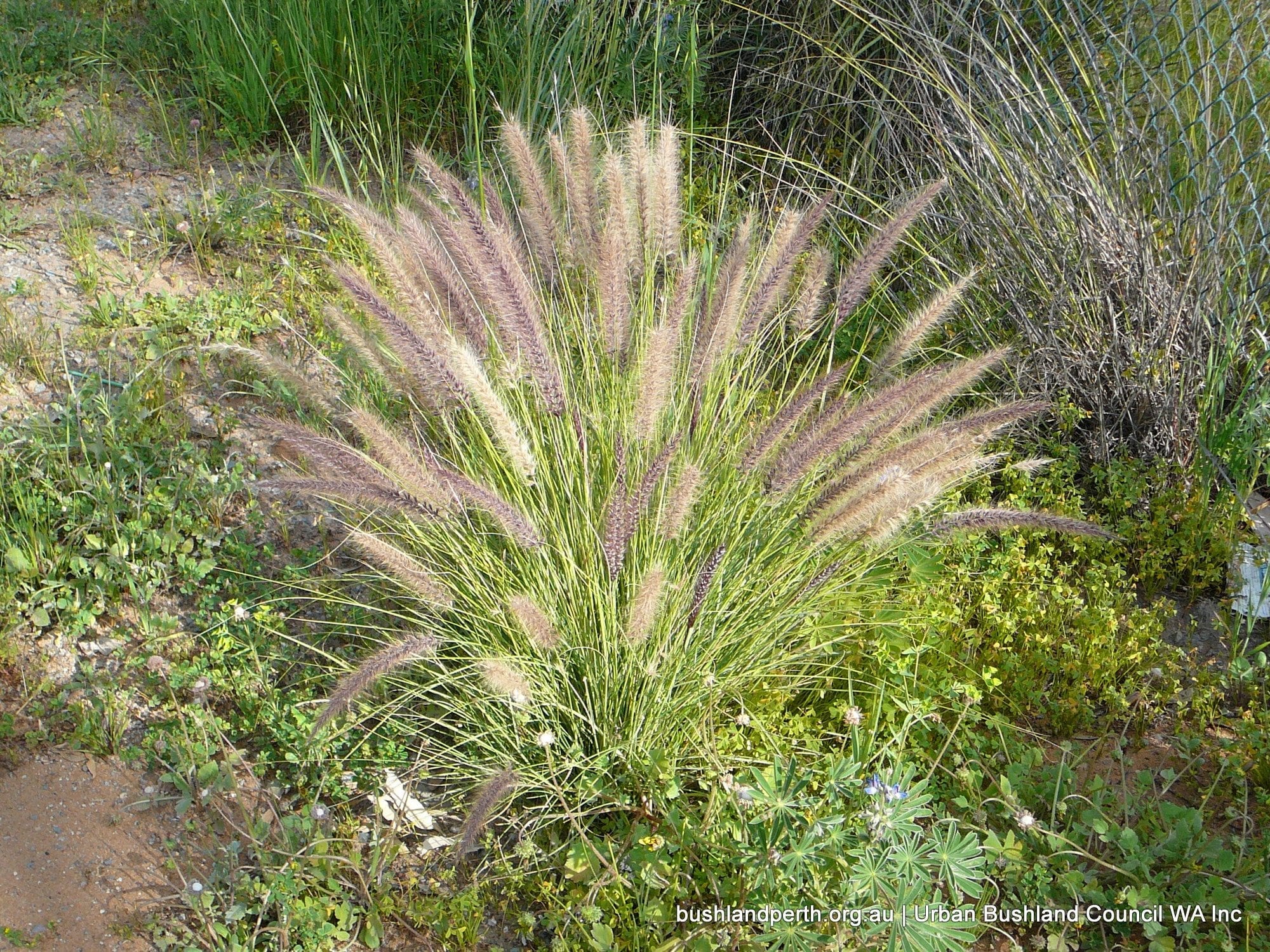 This perennial grass was originally introduced from tropical Africa and the Middle East but is now widespread in disturbed areas on the Swan Coastal Plain and as far north as Geraldton. It was originally used for ornamental purposes and sand binding. Is declared a noxious weed in New South Wales and Queensland.  It out competes native plants and increases fuel loads in summer and autumn.

This tufted, perennial appears in spring and actively grows through till the end of summer. Water availability (particularly wetter summers) affects seed production and may favour the spread of seed. Seed set can occur without fertilisation. Seedlings readily establish in wetter years and then become drought tolerant in drier years, allowing it to maintain dominance over other grasses.

Fountain Grass readily out-competes native plants and can alter nutrient cycling and increase fire fuel loads. It has a high phenotypic plasticity – Phenotypic plasticity refers to some of the changes in an organism’s behavior, morphology and physiology in response to a unique environment (source https://en.wikipedia.org/wiki/Phenotypic_plasticity). It recovers well from defoliation by rapidly reshooting and flowering.

High: major threat to the conservation values of Banksia woodlands and other vegetation types.

Spray with 1% glyphosate + penetrant in spring to autumn. Follow up seedling control and treatment until regrowth ceases. Use unplanned fire events to effectively control any regrowth. Read the manufacturers’ labels and material safety data sheets before using herbicides. Optimum treatment should be done in March, April, November and December. Spraying can also be done occasionally in May.