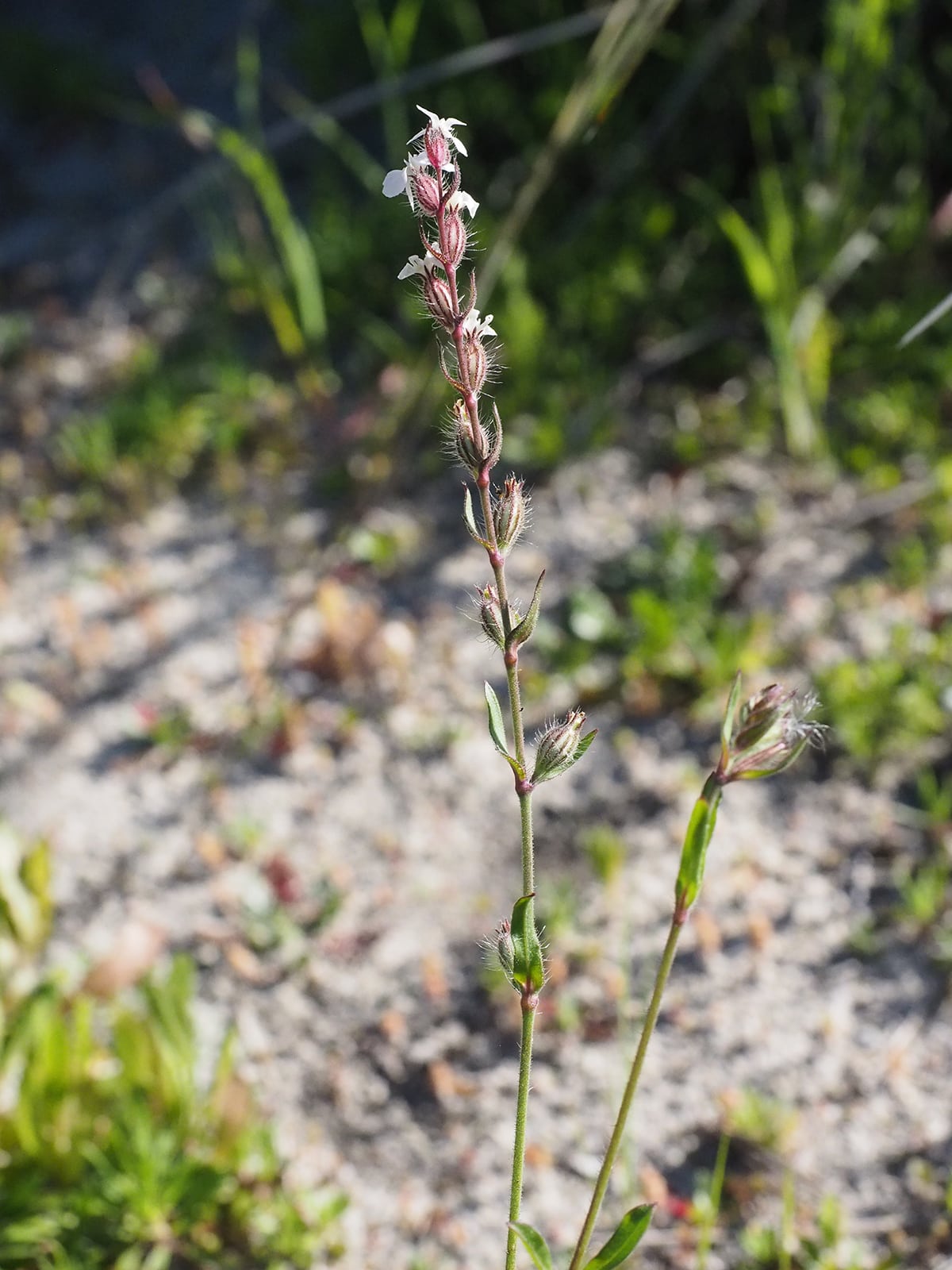 French Catchfly was originally from Macronesia, north Africa, temperate and tropical Asia and Europe. It was probably introduced as seed when flowering plants were introduced from other countries.

It is an erect or ascending, rather viscid annual growing to 0.5m high. It produces white and pink flowers held usually on one side of the stem. Catchfly flowers from July to December and the petals are deeply notched. The flowers are hermaphrodite and are pollinated by moths, butterflies and bees. The seed is dispersed by ants. The stems, leaves and calyces are covered in glandular hairs and may be sticky to touch.

Found in sandy soils in disturbed areas in the Eremaean Province and South-West Province. Also found in agricultural land between Perth and Albany.