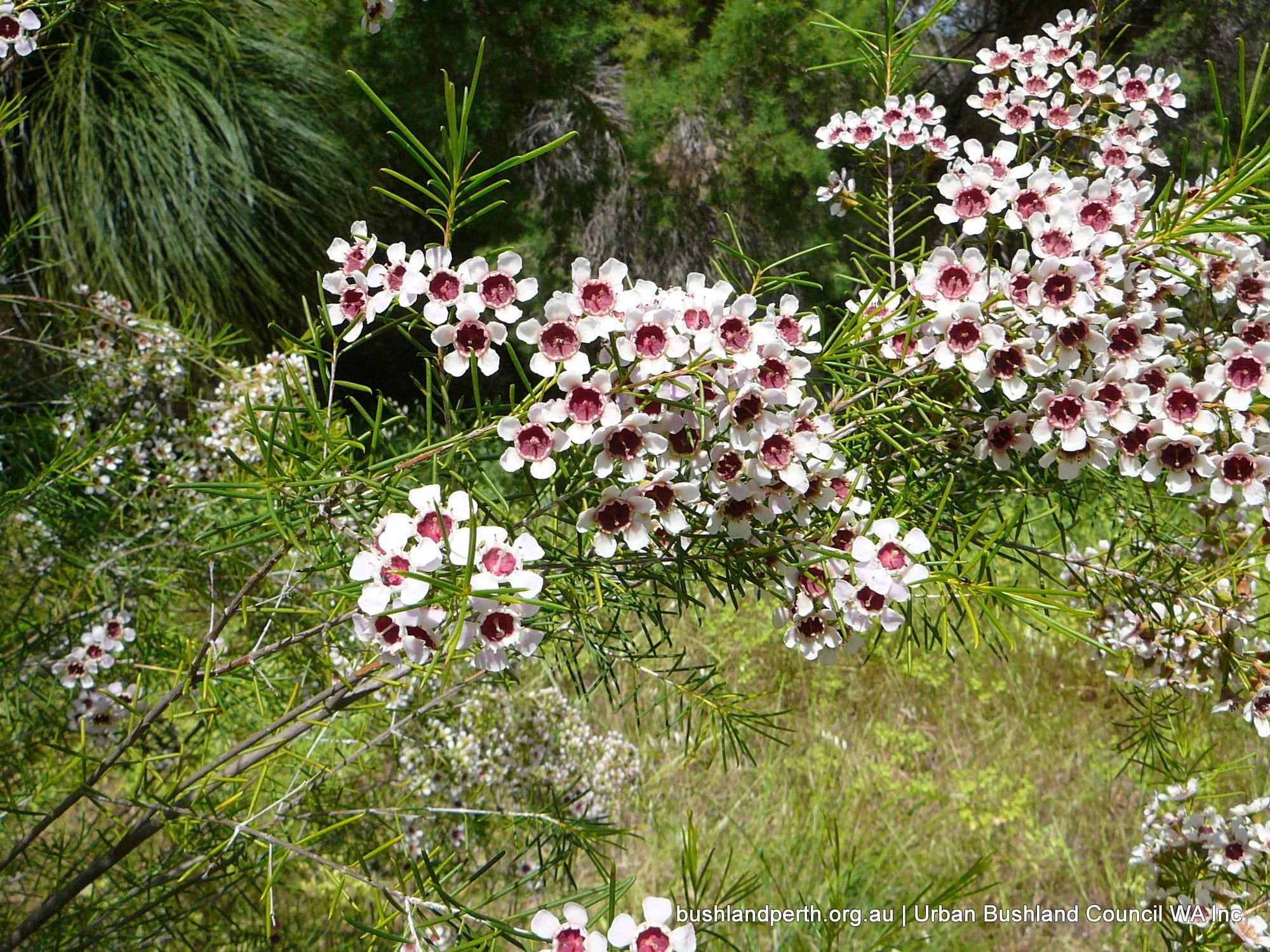 There are a number of species in the Myrtaceae Family that are native to Western Australia that have now become a problem outside their normal range.  Of these the Geraldton Wax is one such plant that has become a particular problem in urban bushland around Perth as it is highly invasive. Originally it grew in the Quindalup dunes between Perth and Geraldton. This common species was introduced as a garden plant and many  cultivars are available at garden centres.  Many authorities also introduced it into parks and bushland around Perth.

It is an erect shrub growing to 4 m high and produces masses of white and pink flowers from June to December. Reproduction is by seed which is dispersed by water, soil movement and garden refuse. Time to first flowering is about 2 years. If cut back it will resprout from the base. Following fire there is prolific germination of soil-stored seed and mature plants can resprout.

Geraldton Wax is highly invasive and can cause major structural changes to the plant communities that it invades. It should not be planted near bushland.

Chamelaucium uncinatum is thought to only occur naturally on the coastal (Quindalup) dunes between Perth and Geraldton. It prefers white, grey or yellow sand, over limestone or laterite. It is now found in coastal areas, edges of swamps, hillsides and plains.

High: can be a major threat to the conservation values of Banksia woodlands and can cause major structural changes to the plant communities that it invades.

If hand pulling seedlings ensure all root material is removed. Control seedlings following fire. Hand weeding can be done in any month.

Cut to base of plant nd paint with 50% Glyphosate. Control seedlings following fire. Read the manufacturers’ labels and material safety data sheets before using herbicides. For optimum treatment spraying can be done in any month.