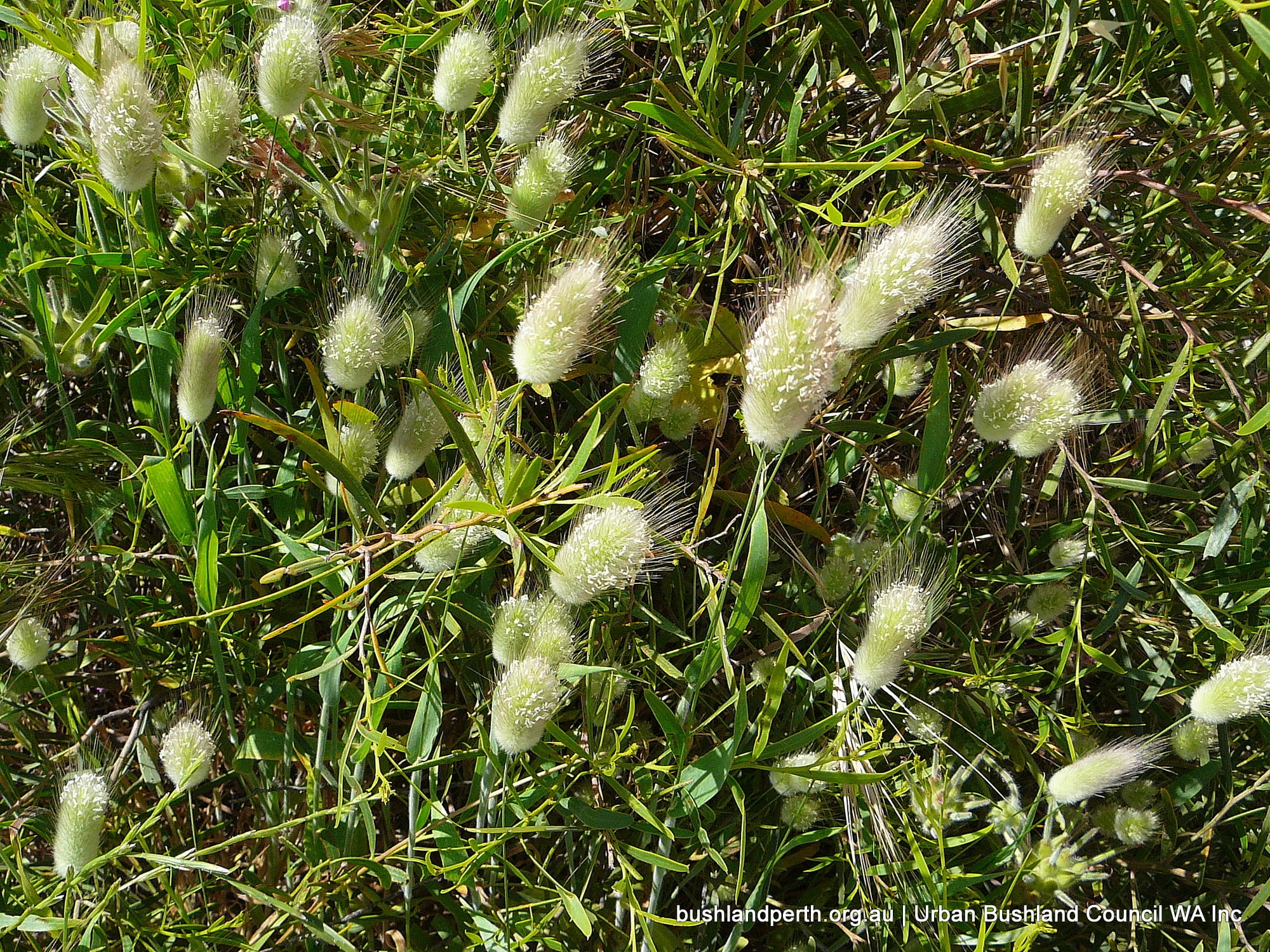 Originally from the Mediterranean Region, northern Africa, temperate Asia and eastern Europe, this weed was introduced as an ornamental plant.  It has pretty, soft, hairy inflorescences.

Hare’s Tail Grass is a hairy annual growing to about 0.3 m high. Reproduction is by seed and dispersed by mammals and wind. It has staggered germination and the seedbank can persist for 2 to 3 years.

Its presence can lead to a decline in native plant species cover and diversity and make coastal vegetation more susceptible to summer fire.

Widespread in the South-West Province mainly in coastal areas usually on white, grey, brown or black sand. Also at swamp edges, roadsides and on dunes.