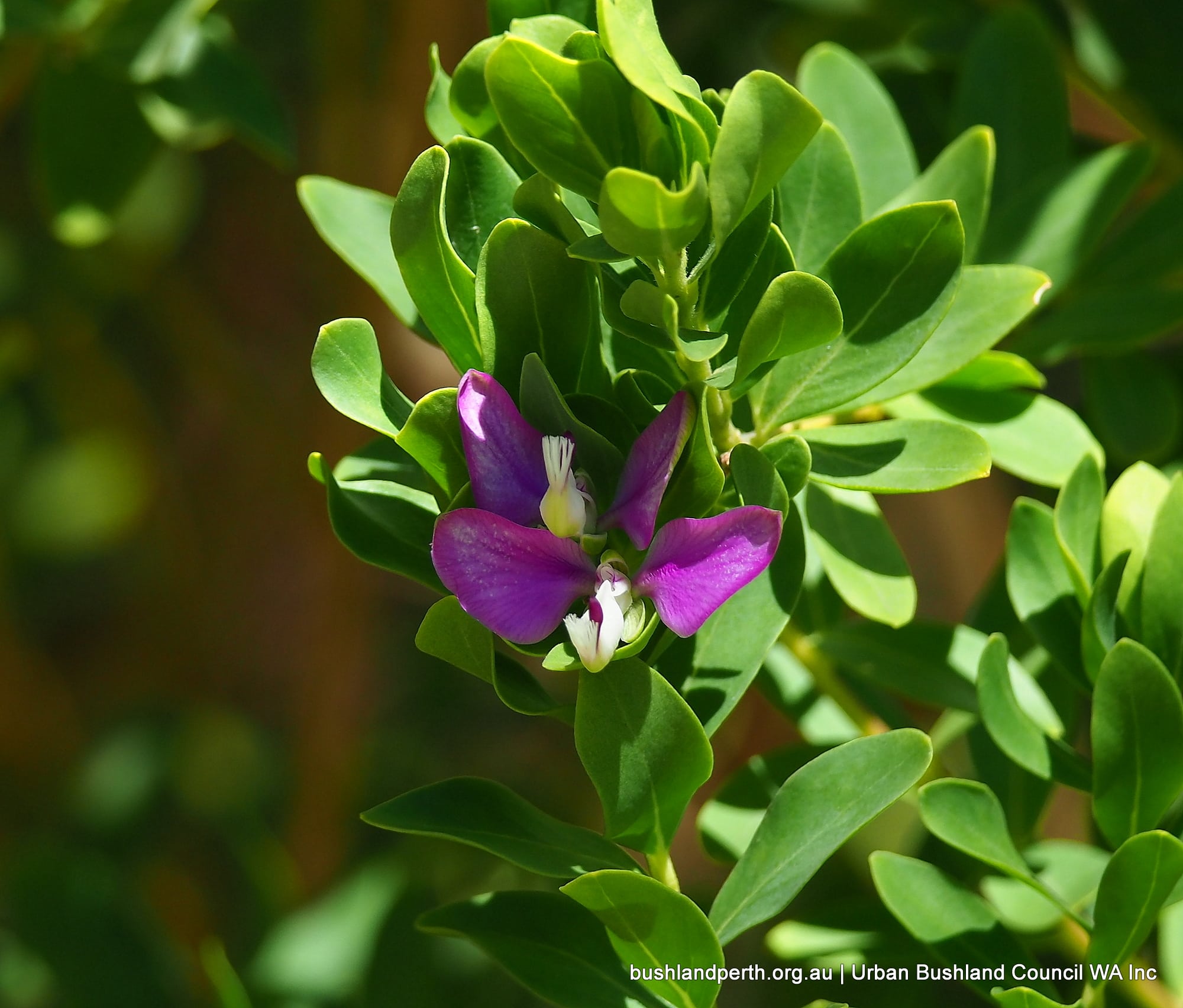 This attractive evergreen small to medium shrub with purple flowers was initially introduced as a garden plant and is native to southern Africa. It is very hardy and is still being sold through some plant nurseries. It is noted for its antibacterial and antifungal properties.

Myrtleleaf Milkwort is a bushy shrub growing to 4 m high. It has oval shaped leaves and white & purple pea flowers in late spring and early summer. Reproduction is by seed and dispersed by birds, ants, water, soil movement and garden refuse. The time to first flowering is 3 years. Seeds remain viable in soil for up to 5 years. Fire kills mature plants but stimulates mass mass germination of the soil seed bank.

This serious bushland weed particularly likes coastal habitats and has become a real problem in South Australia and Victoria.

Found in various locations in wetter areas of the South-West Province usually in brown-orange or grey sand or loam in winter-wet gullies, roadsides and creeklines.

High: major threat to the conservation values of the South-West Province.

Hand pull seedlings. Fell mature plants. Follow up work removing germinating seedlings will be required for at least 5 years. Optimal time to hand weed is June to November when seedlings are germinating.