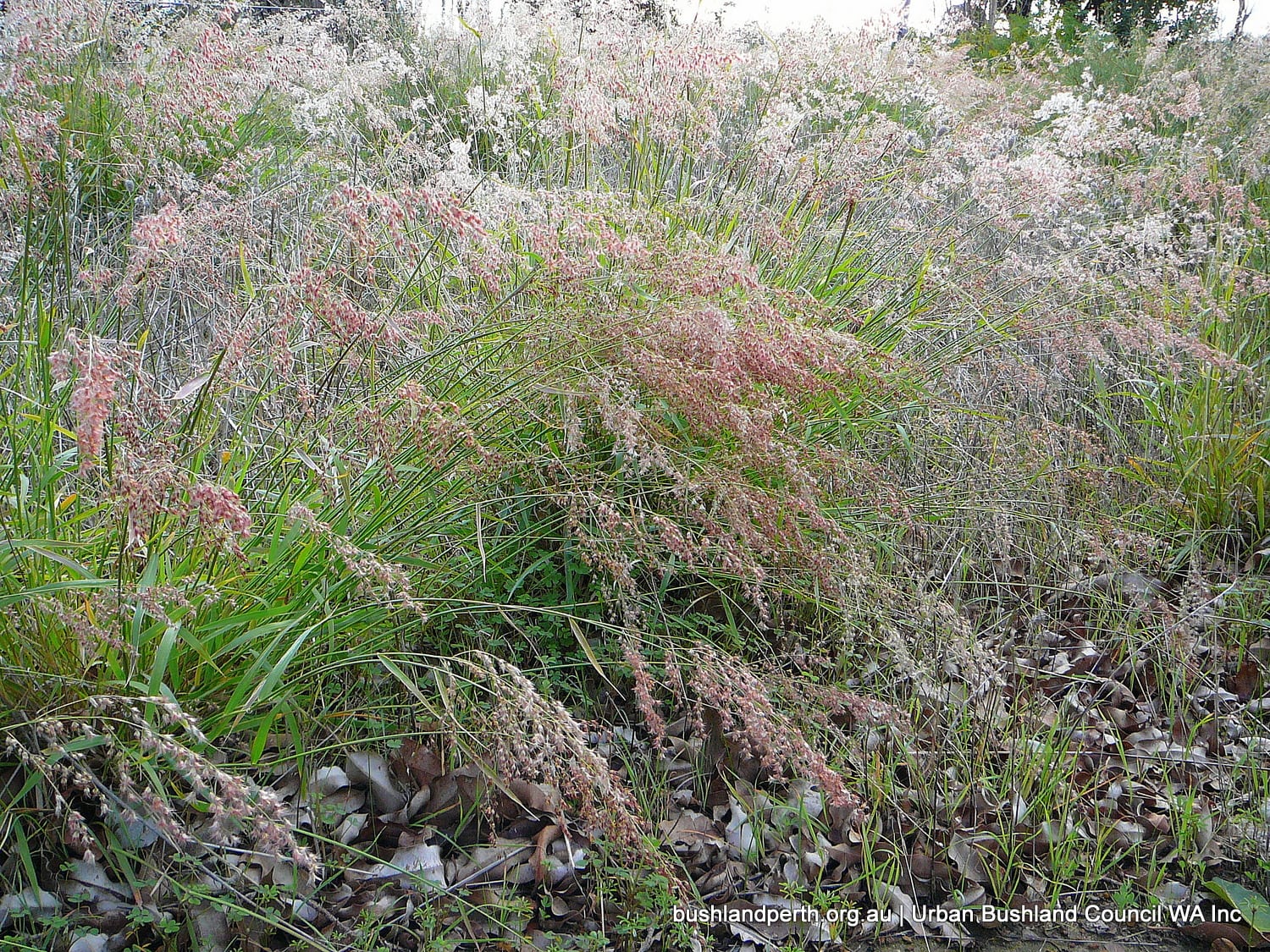 This tufted perennial or annual grass was photographed at Brixton Street Wetlands and is common on gravelly soils on the eastern part of the Swan Coastal Plain. It was originally a native of South Africa, India, north Africa and parts of the Mediterranean Region and was introduced as an ornamental plant, for forage and to control soil erosion.

Natal Redtop is an aromatic tufted annual or perennial grass growing to 1.2 m high. It produces red to purple flowers in most months except in winter. Reproduction is by seed that is then dispersed by wind and wildlife. After fire the grass resprouts and sets prolific seed. Seeds germinate and grows under a wide range of temperature conditions with rates controlled by temperature when adequate moisture is available. Responds positively to addition of nutrients. It can be affected by mycorrhizal fungi which may play a role in facilitating or repelling invasion.

In its native range it occurs in disturbed open habitats, often forming large stands. It is widely distributed outside its native range. Natal Redtop displaces native vegetation and prevents the natural succession of native species.

Located in various parts of the State in sand, loam and granite soils and along road and rail verges. On the eastern side of the Swan Coastal Plain it is common on gravelly soils.

Unknown: but if established can impact native plant communities.