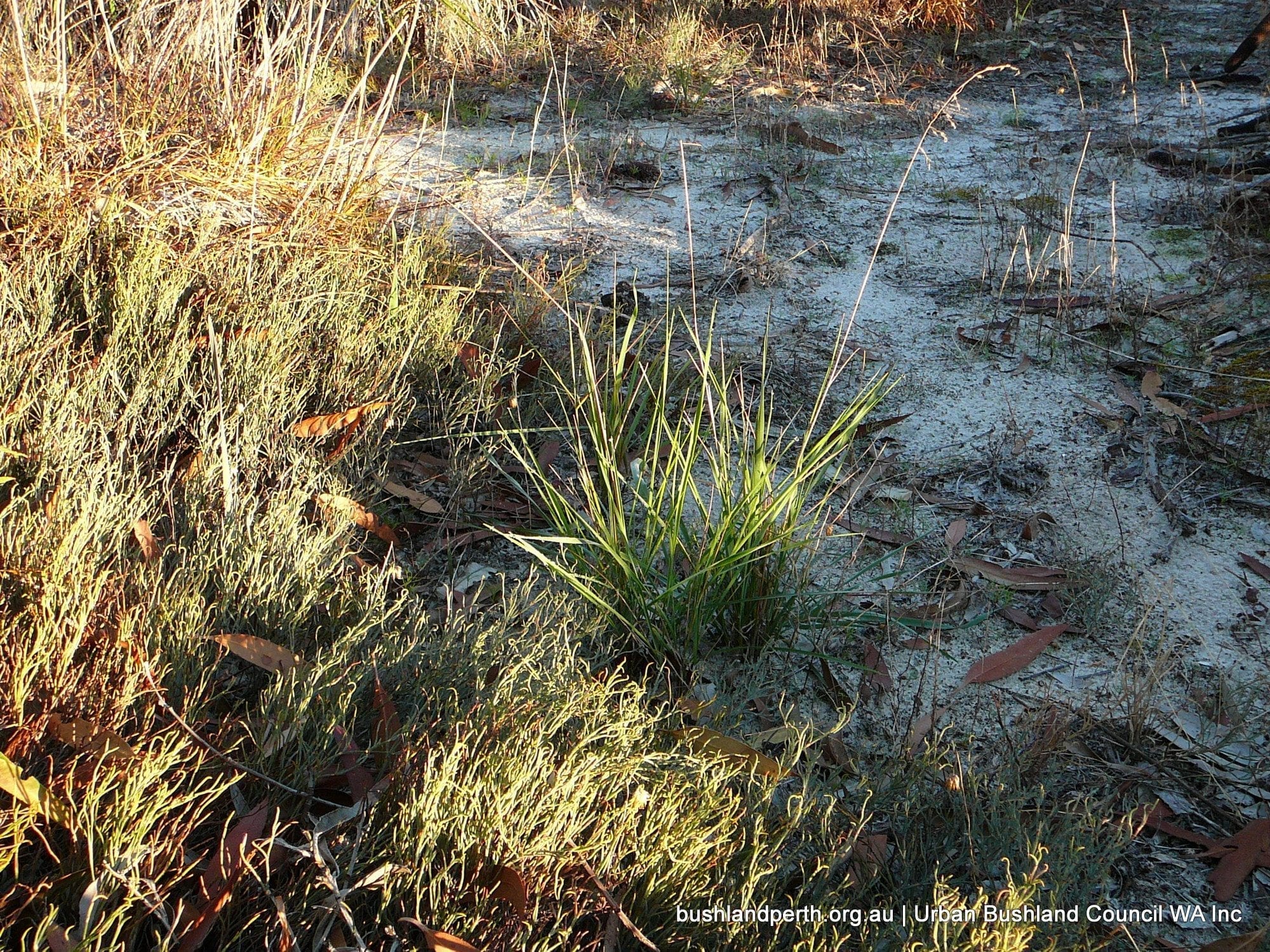 This tufted, perennial grass is widespread and especially common on the Swan Coastal Plain. It grows to 70 cm tall and the reddish-purple flowers appear in spring. According to Florabase ‘it represents a major threat to the conservation values of Banksia woodlands on sandy soils north and south of Perth’. The grass is a native of Southern Africa. Introduced as a forage crop, and cultivated in Australia and California as a drought-resistant pasture. It was  also introduced for erosion control.

This is a tufted, perennial grass with high growth rates and grows to 80 cm tall. The inflorescence is a drooping erect panicle of reddish-purple flowers and it appears in spring. It reproduces by short rhizomes and seed. Established plants resprout vigorously from the base of the tussock following drought stress. Seed germinates under a wide range of temperature and light conditions.Prolific seed set results in high soil seed bank densities. After fire it resprouts and seed production is enhanced. It is resistant to drought and frost but does not tolerate waterlogging, anaerobic conditions or high salinity levels.

Perennial Veldt Grass commonly invades disturbed ecosystems but is also capable of invading undisturbed ecosystems, including heathland, woodland and forest. Frequent disturbance (especially fire) and higher nutrient levels favour invasion. Seed germinates rapidly compared to native species, leading to early dominance. Also capable of altering nutrient cycles. It is thought to have acid-secreting root hairs which increase the availability of nutrients. It can possibly can change soil physical and hydrologic properties over time, including increasing water repellance. It represents a major threat to the conservation values of Banksia woodlands on sandy soils north and south of Perth.

This grass is found in Banksia woodlands on sandy soils north and south of Perth and is especially common on the Swan Coastal Plain.

High: major threat to the conservation values of Banksia woodlands

The best months to cut out plants ensuring the crown has been removed are from November to February. Do not slash.

Alternatively spray with Fusilade® Forte 13 ml/L or 6.5 L/ha + wetting agent on actively growing and unstressed plants. For generic fluazifop-p (212g/L active ingredient) 8ml/L or 4L/ha +wetting agent. Follow-up in subsequent years. Use unplanned fires to spray regrowth and seedlings within 4-6 weeks of germination. Read the manufacturers’ labels and material safety data sheets before using herbicides. Optimum time to spray is June to August but can also be done occasionally in September.