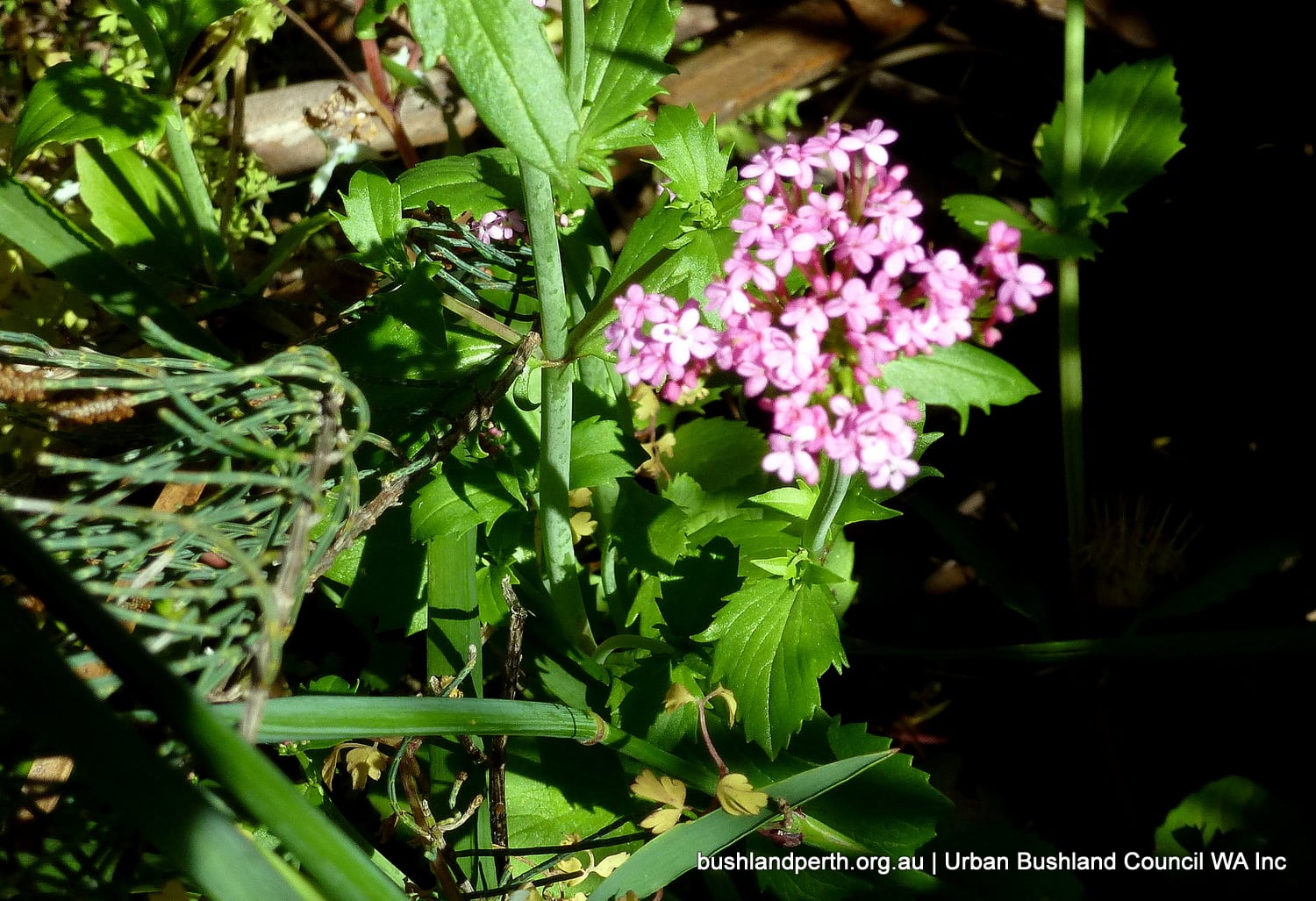 This pretty pink annual is often found in open ground and it forms carpets of colour during the spring and early summer. Originally introduced as a garden ornamental it originates from northern Africa and southwestern Europe.

Pretty Betsy is a small, erect annual growing to 0.4 m high. Flowers form rounded heads above the leaves and are hermaphrodite (have both male and female parts) and are pollinated by bees, moths & butterflies. Seed is dispersed by soil movement, garden waste and possibly wind and water. The seedbank persists for up to 1 year.

If left undisturbed it spreads rapidly in bushland and prefers calcareous soils. This weed has naturalised on roadsides and in the Tuart woodland where it can spread rapidly into undisturbed understorey vegetation.

Found in disturbed areas with grey sand over limestone in the South-West Province.

High: major threat to the conservation values of the South-West Province.

Spray metsulfuron methyl at 0.1 g/15 L (2 g/ha) + wetting agent OR Logran® at 12.5 g/100L + the penetrant Pulse ® is very effective on adults and juveniles with little off-target damage in coastal heathlands. Read the manufacturers’ labels and material safety data sheets before using herbicides. Optimal months to spray are July to September.