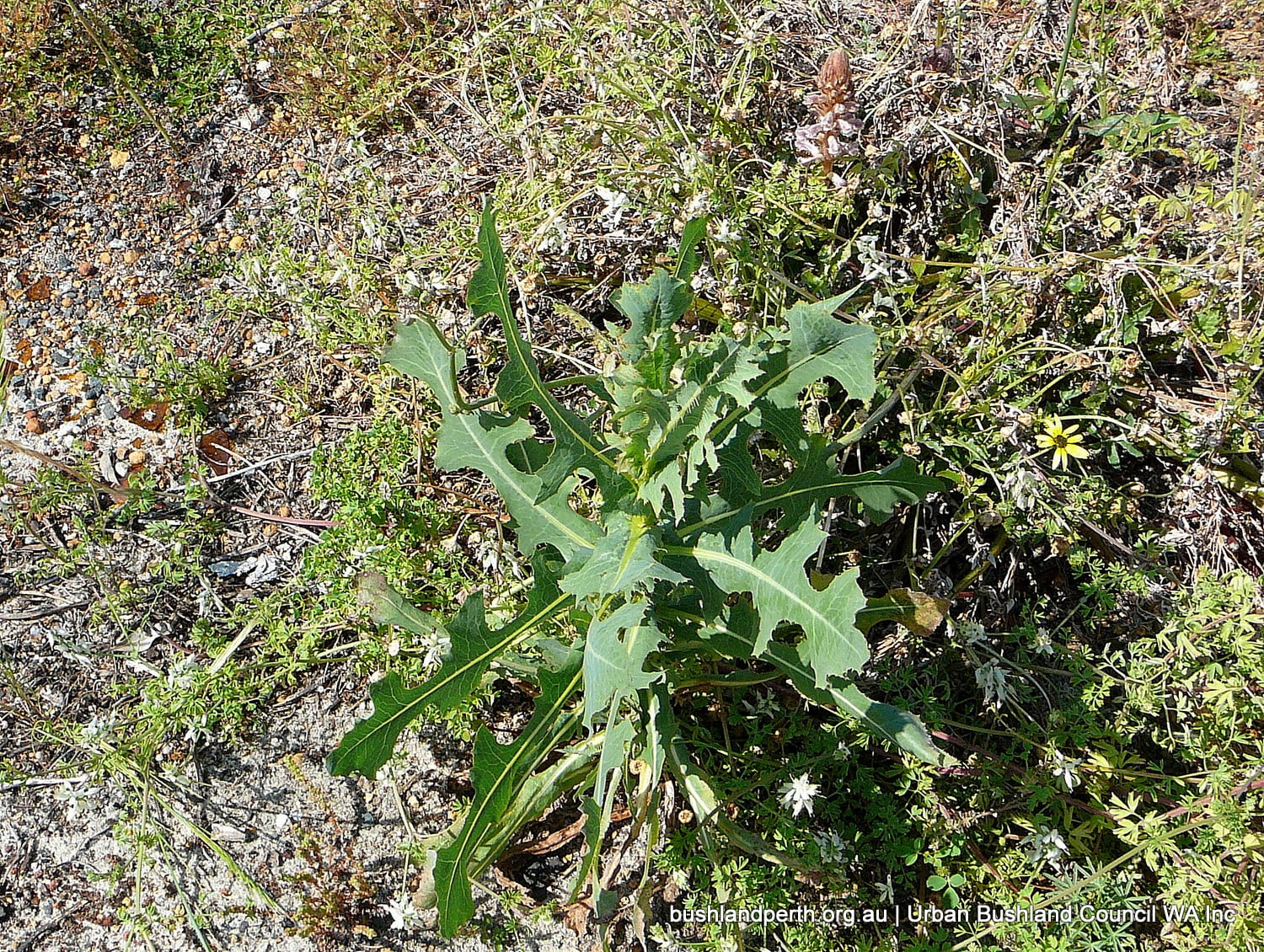 This common summer annual, originally from Eurasia and North Africa, has been introduced as a genetic resource ( it is a genetic relative of lettuce) and as an ornamental plant and for use in medicines.  It is easily identified by its prickly leaves and stem, but is sometimes mistaken for Skeleton Weed.

Prickly Lettuce can also be a biennial weed and grows to about 2 m high. As plants get older the leaves become deeply lobed and the flower heads take on an open pyramid shape. The species has small yellow flowers. When damaged it exudes a white milky sap.

The seed germinates after winter or summer rain. Most seedlings emerge in autumn, grow slowly and form a rosette over winter, and then develop stems in spring. Long, warm autumns favour emergence and rosette establishment, and often result in large populations the following year. Plants emerging in spring have a shorter rosette phase before flowering and are often smaller than plants emerging in autumn. Seeds have an attached pappus for wind-dispersal, have no primary dormancy and only form a short term soil seedbank. Seed production is proportional to plant height, with taller plants able to produce as many as 2,300 seeds. It is possibly poisonous to mammals.

Research has shown it has broadened its ecological amplitude, enabling it to invade a range of vegetation types.

Distributed across parts of the Eremaean and South-West Provinces along roadsides, in gardens and in cultivated fields. It also likes disturbed habitats including wetlands.

High: major threat to the conservation values of habitat in the South-West Province.

Apply Glyphosate at early growth or rosette stages in spring, summer or autumn or metsulfuron methyl 5 g/ha (based on a minimum of 50 L/ha of water) + surfactant. Plants are difficult to control with herbicides once the flowering stems have begun to elongate. Many populations in southern Australia have developed resistance to Group 2 herbicides. Optimal spraying months are September to November but can also be done occasionally between December and March.