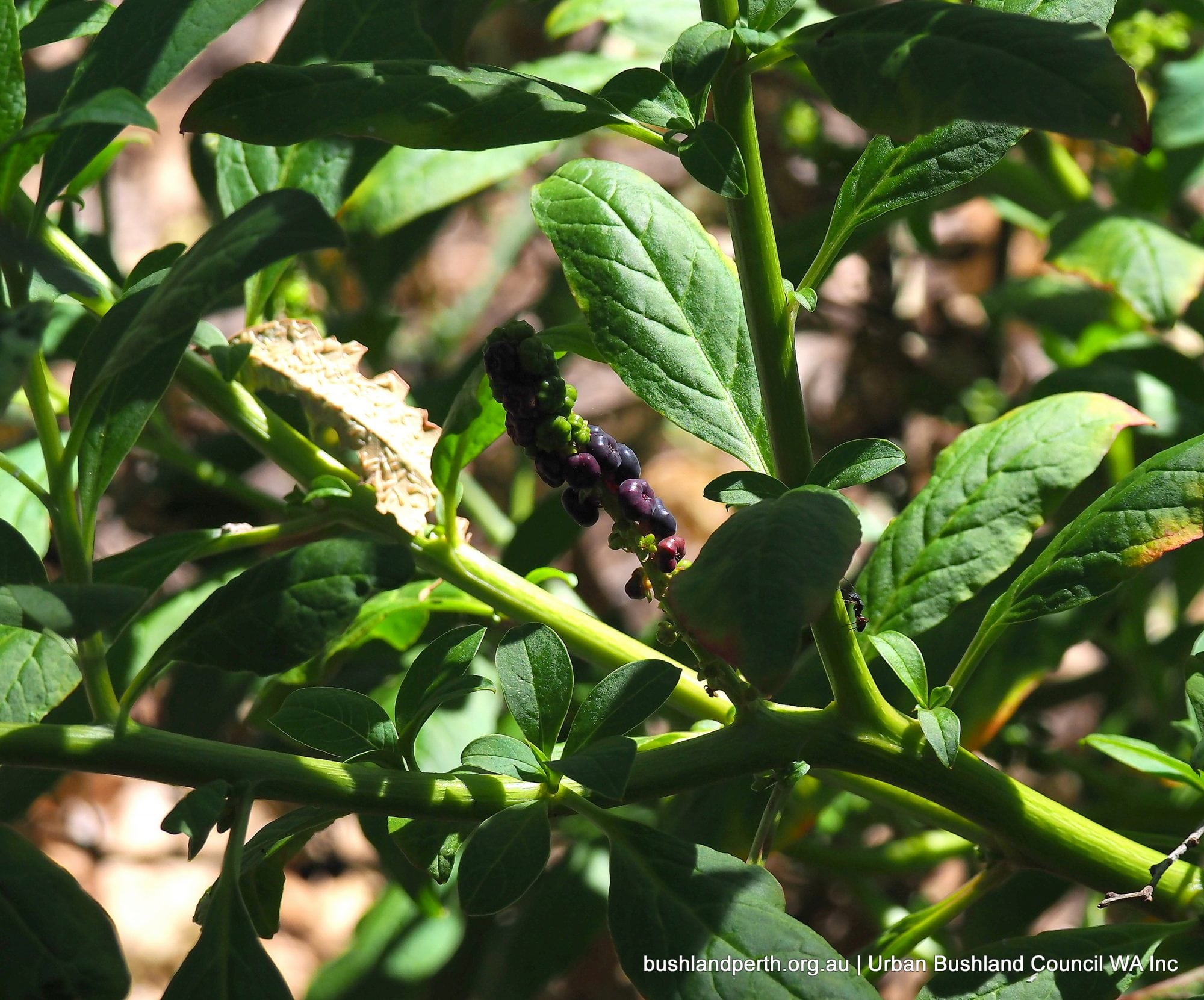 This weed was originally from North and South America and usually appears in disturbed sandy soils after clearing or fire.  The plant may be toxic to stock.

Red Ink Plant is a stout, tuberous perennial, woody at the base and semi-succulent above. The whole plant is often reddish and has lance shaped leaves. It grows to 1.7 m in height and bears small pink, white or red flowers on dense spikes which become black shiny berries. Reproduction is by seed then dispersed by birds and foxes (by ingestion). The seedbank in the soil persists for up to a year.

Found in scattered areas, usually in disturbed soils across the South-West Province and occasionally in the Eremaean Province. It can often be found in poorly managed paddocks, creeklines, roadsides and rehabilitated minesites. It prefers sand or sandy loam.

Hand pulling is ineffective if the root is not removed as the plant will re-grow. Dig out isolated plants and cut root at least 5 cm below ground level. Manual removal can be done at any time of the year.

Spray with 1% Glyphosate + Pulse®. Read the manufacturers’ labels and material safety data sheets before using herbicides. Optimal treatment should be done in October to December. There are some unconfirmed reports that spraying can be done between April to September.