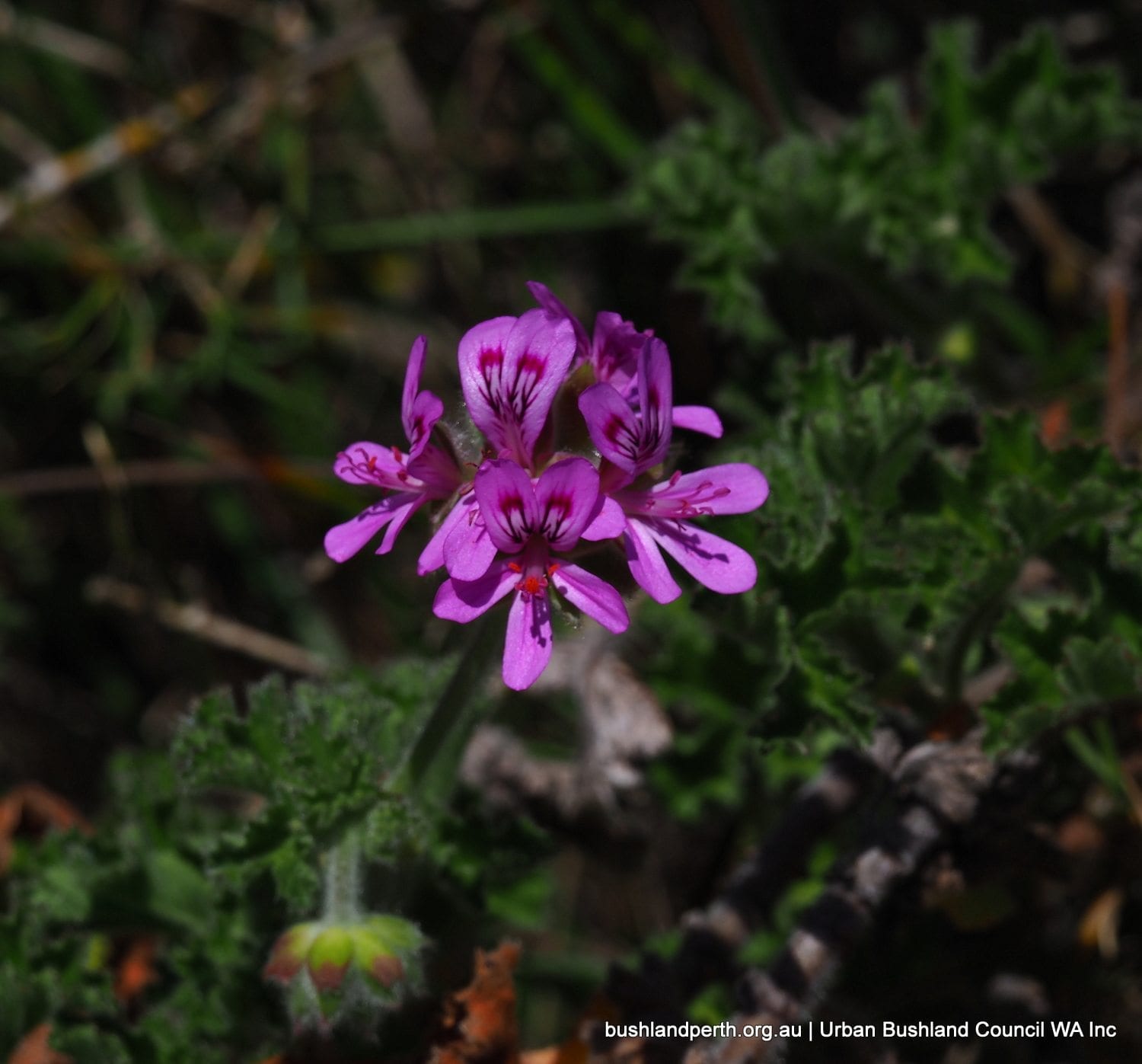 Rose Pelargonium is a shrubby, softly hairy perennial often found in urban coastal heathland and Banksia and Tuart woodland on the Swan Coastal Plain. Originally from South Africa and introduced as an ornamental, gene source and for medicinal purposes. Care should be taken not to mistake the weed for one of  the 4 native Pelargoniums as they can look similar – see Florabase for more details:(https://florabase.dpaw.wa.gov.au/search/quick?q=Pelargonium)

This is a straggling, shrubby perennial growing to 1 m high. It has soft hairy leaves and produces compact heads of pink flowers during spring and summer. The seed is elliptically shaped, with a feathered, tail-like coiled spiral structure attached. This tail allows the seed to drill and secure itself in soil if twisted by the wind or affected by movement of animals. Seed has high levels of physical dormancy, which can be broken by high and/or low winter temperatures.

This Pelargonium is a major weed of Banksia woodland and coastal heathland. Invasion in Banksia woodland can be facilitated by disturbance including frequent fire. Frequent and/or intense fires create conditions suitable for greater invasion, including increased soil phosphorous levels.

Usually found on coastal sand dunes, limestone and sand in Banksia and Tuart woodlands between Cervantes and Esperance.

High: Is a major weed of Banksia and Tuart woodlands and coastal heathland.

Hand pull isolated plants taking care to remove the entire stem as it can reshoot from below ground level. Optimum manual removal June to November.