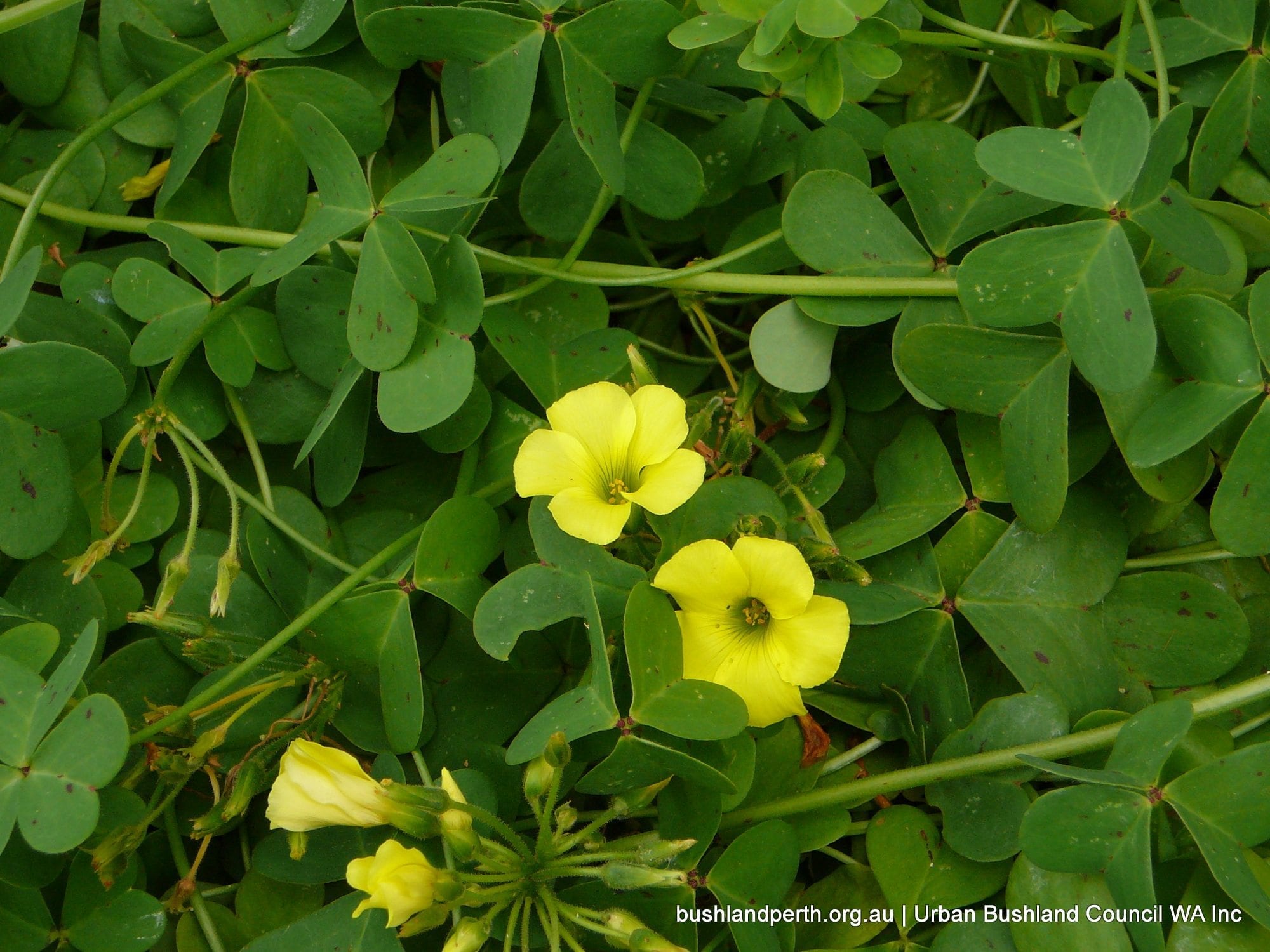 Oxalis pes-caprae is a Declared Pest under the Agriculture and Related Resources Protection Act 1976. It was originally a native of South Africa and is now a major weed especially in urban bushland . There is some evidence that it may cause oxalate poisoning in sheep.

This is a distinctive perennial herb with many bright yellow flowers and usually three heart-shaped spotted or marked leaves. From late autumn though to spring the yellow flowers carpet bushland, public gardens and anywhere they can else they can get established. Oxalis forms large clumps and usually reproduces by bulbils rather than seed. Generally Oxalis will survive fire.

Soil disturbance can greatly enhance the invasion of Oxalis in bushland and there is some evidence it influences soil phosporous cycling.

Oxalis prefers disturbed sites and is a common weed of bushland and gardens. It is a major weed of crops, pastures, orchards, gardens, roadsides, wastelands and disturbed native vegetation in the south-west of the State.

Exercise care if manually removing as physical removal can result in spread of bulbils. As a Declared Pest under the Agriculture and Related Resources Protection Act 1976 there are documented control strategies in place.