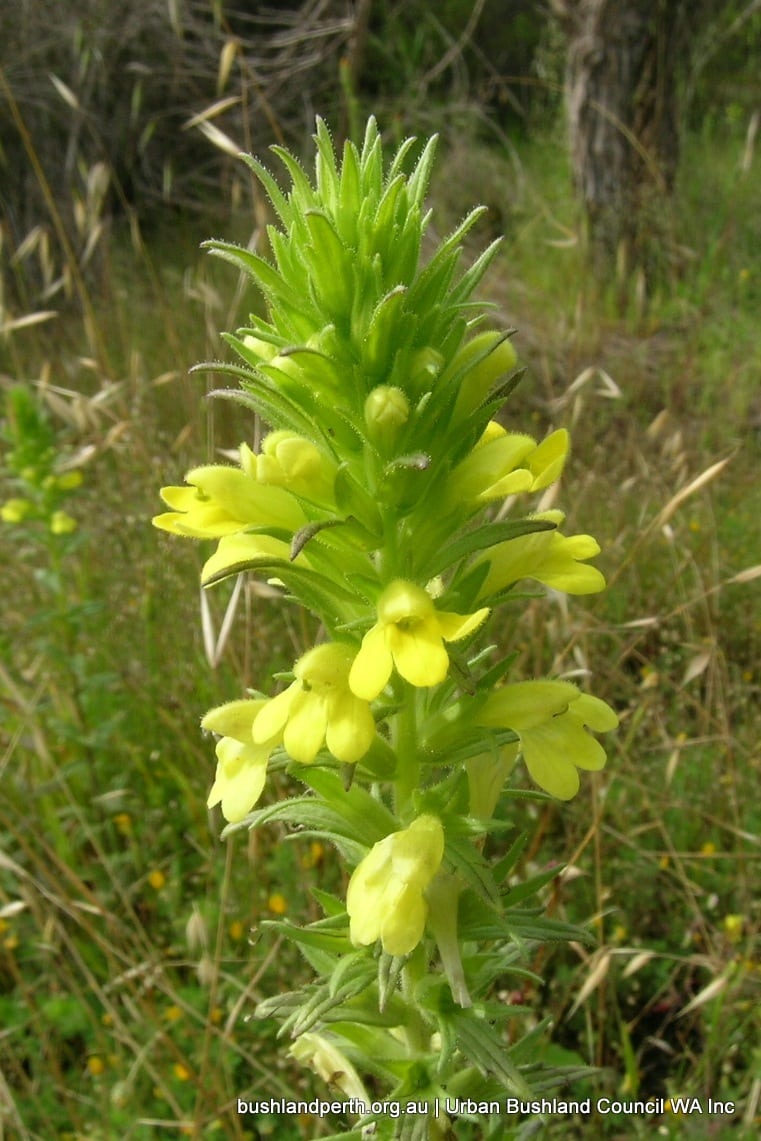 Sticky Bartsia is named because of its sticky, hairy appearance and is usually found in swampy or winter-wet areas. Originally from the Mediterranean Region of western Europe, the Parentucellia genus are hemiparasitic plants on the roots of other plants, but can germinate and grow without hosts. They are able to colonise a wide range of hosts.

This weed is a stout, glandular-hairy erect annual or biennial (rarely) growing to about 0.7 m high. The yellow flowers form in spring and are held on a terminal spike. The flowers produce numerous small seeds and are dispersed with the wind or by attaching to clothing. The seedbank persists in the soil for at least one year.

Sticky Bartsia is widespread in winter-wet areas of the South-West Province. It prefers sandy, clay or lateritic soils in swampy areas including pastures and sometimes on granite outcrops.

Remove isolated plants manually before flowering. The best time to hand weed is in June and July but can be done occasionally in August, September and October.

Spot spray with Glyphosate 0.5% before flowering. Read the manufacturers’ labels and material safety data sheets before using herbicides. Optimal months to spray are June and July but can be done occasionally in August and September.