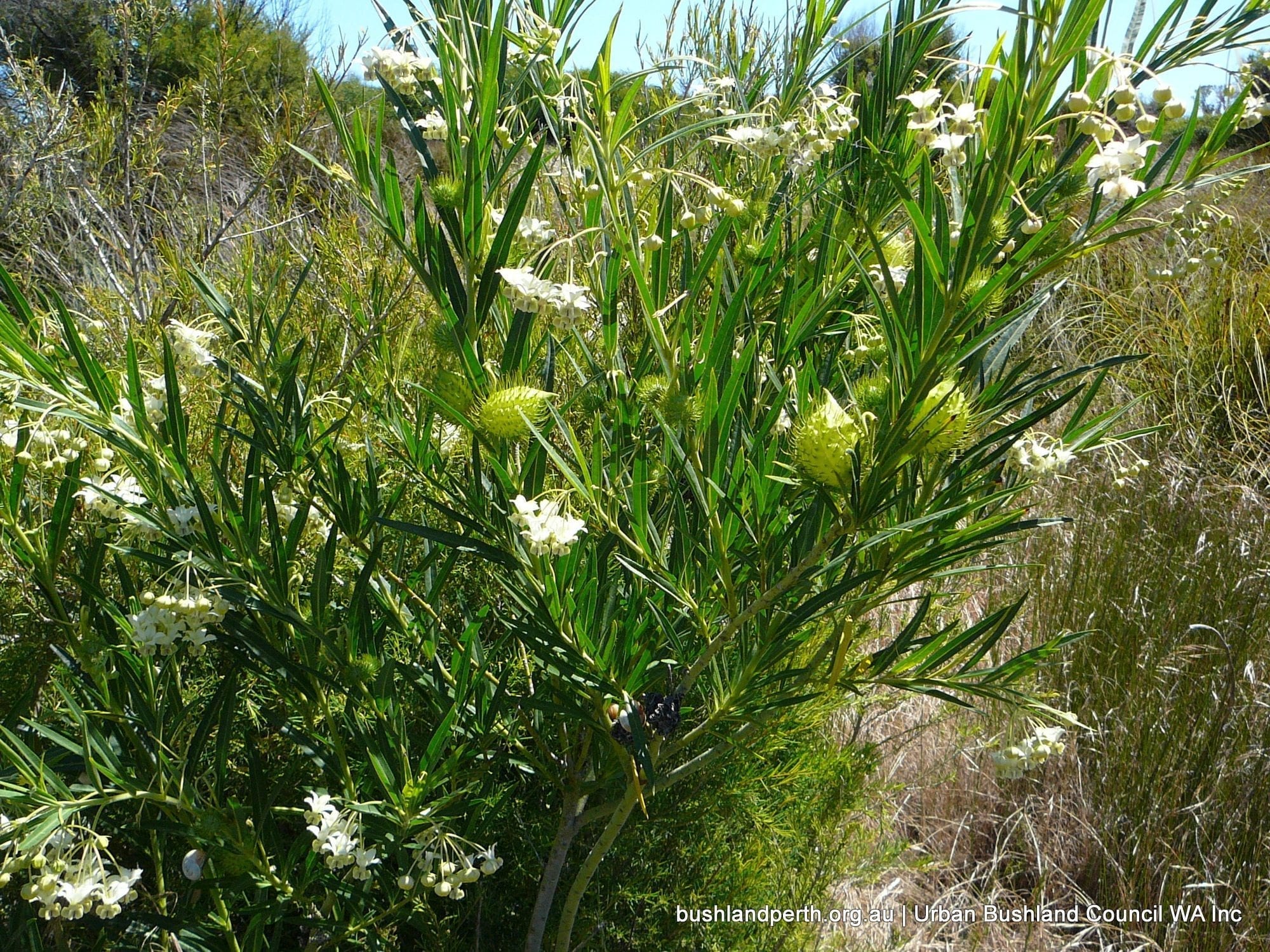 The Swan Bush is a Declared Pest and is widespread on the Darling Scarp and Swan Coastal Plain. Declared Pests under the Agriculture and Related Resources Protection Act 1976 have documented control strategies in place. It was originally from southern Africa and introduced as a garden plant.

This erect perennial shrub grows to about 1.5 m high. It produces creamy white flowers in summer and the pale green inflated seed pods are covered with spines that burst open to revel a cottony mass of seeds. Some say the fruit looks like swans hence the common name. It can be toxic to livestock and all parts of the plant are poisonous and sap is a skin irritant. Hot fire will kill mature plants and can destroy soil stored seed. Note – Swan Bush is the host plant of the larvae of the lesser wanderer butterfly, Danaus chrysippus petilia.

This weed is capable of forming dense thickets. Seedlings develop the ability to resprout from the root or crown if aerial growth is injured within a few weeks of germination. It can also move into undisturbed native vegetation.

Occurs on the Swan Coastal Plain and through various areas in the South-West Province and prefers disturbed sites although it will also invade native bushland.

Hand weeding must be done before fruit sets. As a Declared Pest under the Agriculture and Related Resources Protection Act 1976, there is documented control strategies in place. Pull small plants, ensuring removal of as much root material as possible. Hand removing plants with mature fruits can lead to release and rapid spread of wind dispersed seed.

Foliar spray with 1.5% Glyphosate or try cut and paint using 50% Glyphosate. Read the manufacturers’ labels and material safety data sheets before using herbicides. As a Declared Pest under the Agriculture and Related Resources Protection Act 1976, there is documented control strategies in place. Optimal months for spraying are September to December but occasional spraying can be done in any other month.