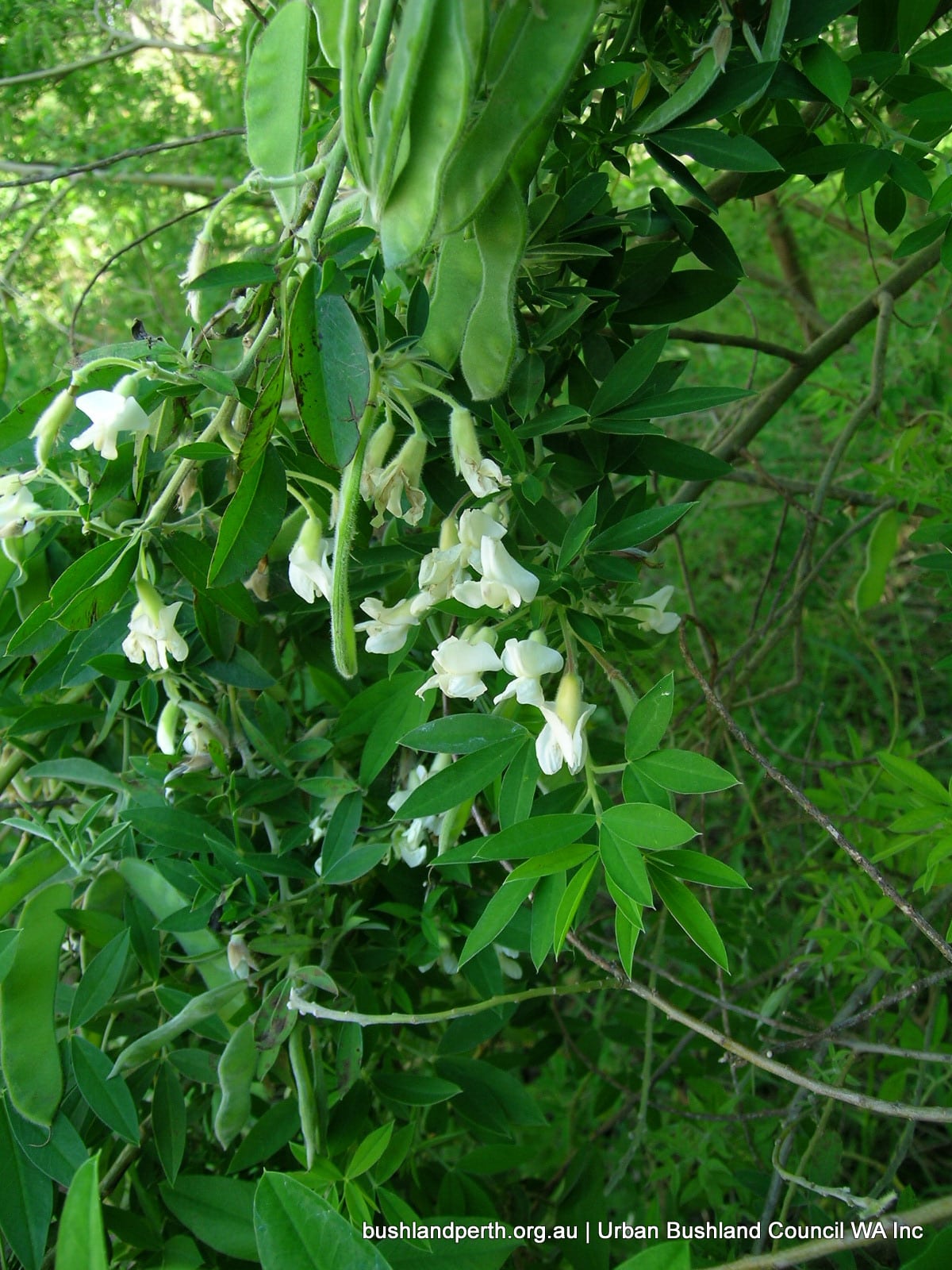 This weed was originally introduced as a fodder crop from the Canary Islands and is still grown extensively for that purpose and for land rehabilitation.

Tagasaste is an erect shrub or tree growing to 6 m high producing masses of white/cream/yellow flowers from April to September. Reproduction is by seed that is then dispersed by various methods including ants, birds, slashing, garden refuse, plantings, machinery and soil movement. It takes about 3 years before it flowers. Seeds are poisonous to humans. Vegetative regeneration strategies include its ability to resprout occasionally. The seedbank persists for 10+ years. Soil stored seed germinates prolifically following fire and mature plants occasionally resprout.

Tagasaste is a serious invader of disturbed bushland on lateritic soils in higher rainfall areas. It has naturalised in almost all areas where it has been planted. The plant germinates readily after soil disturbance, forming dense infestations that can smother native vegetation and prevent regeneration. It also increases soil nitrogen, encouraging other weeds to colonise sites.

Found in wetter areas of the South-West Province from Badgingarra to Esperance in disturbed areas. Tagasaste prefers white sand, grey sandy clay, lateritic soils and loam. It is often seen along roadsides or in adjacent bushland.

High: it can disrupt ecological processes or result in loss of biodiversity.