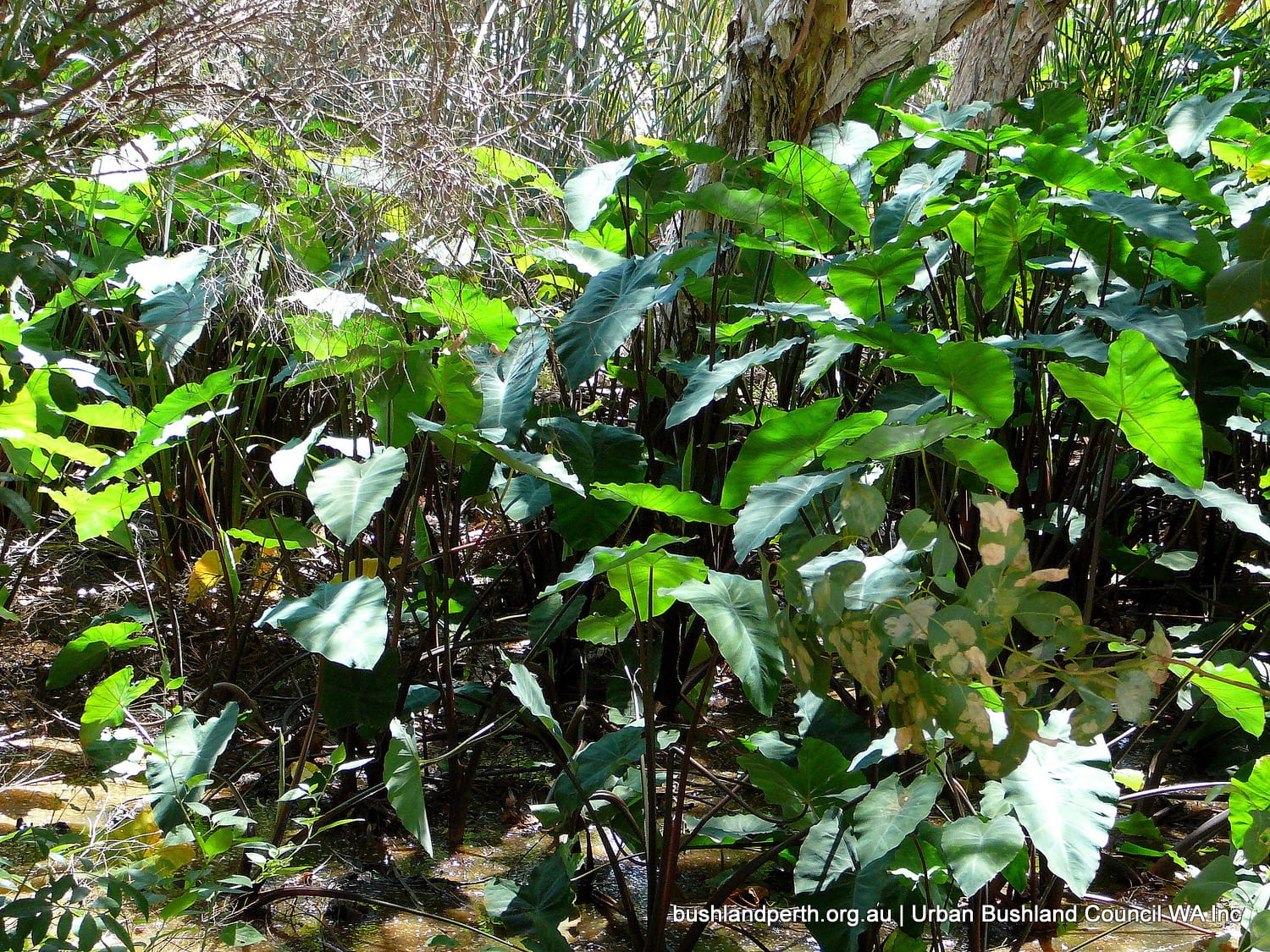 Taro was originally introduced from south-east Asia as a garden plant and food and is now common along water courses in the Darling Range and the Swan River. It also has become established in some areas of the Kimberleys. In many countries it is grown as a root vegetable for its edible starchy corm, and as a leaf vegetable.  It is a food staple in African, Oceanic and Indian cultures. It has also been a garden favourite because of its long decorative leaves held high on stalks.

Taro is a vigorous perennial tuber with an extensive tuberous root system. This tropical plant can grow to 1 m high but rarely flowers (flowers are yellow) or sets seeds in south-west Australia. Any seed set is of low viability. The tubers can survive after fire.

Found along creeks and seepages in a number of areas in the South-West Province and the Kimberleys. In the Darling Range and the Swan River estuary it grows in drains and along watercourses.

High: may become a major threat to conservation values anywhere it has taken hold.