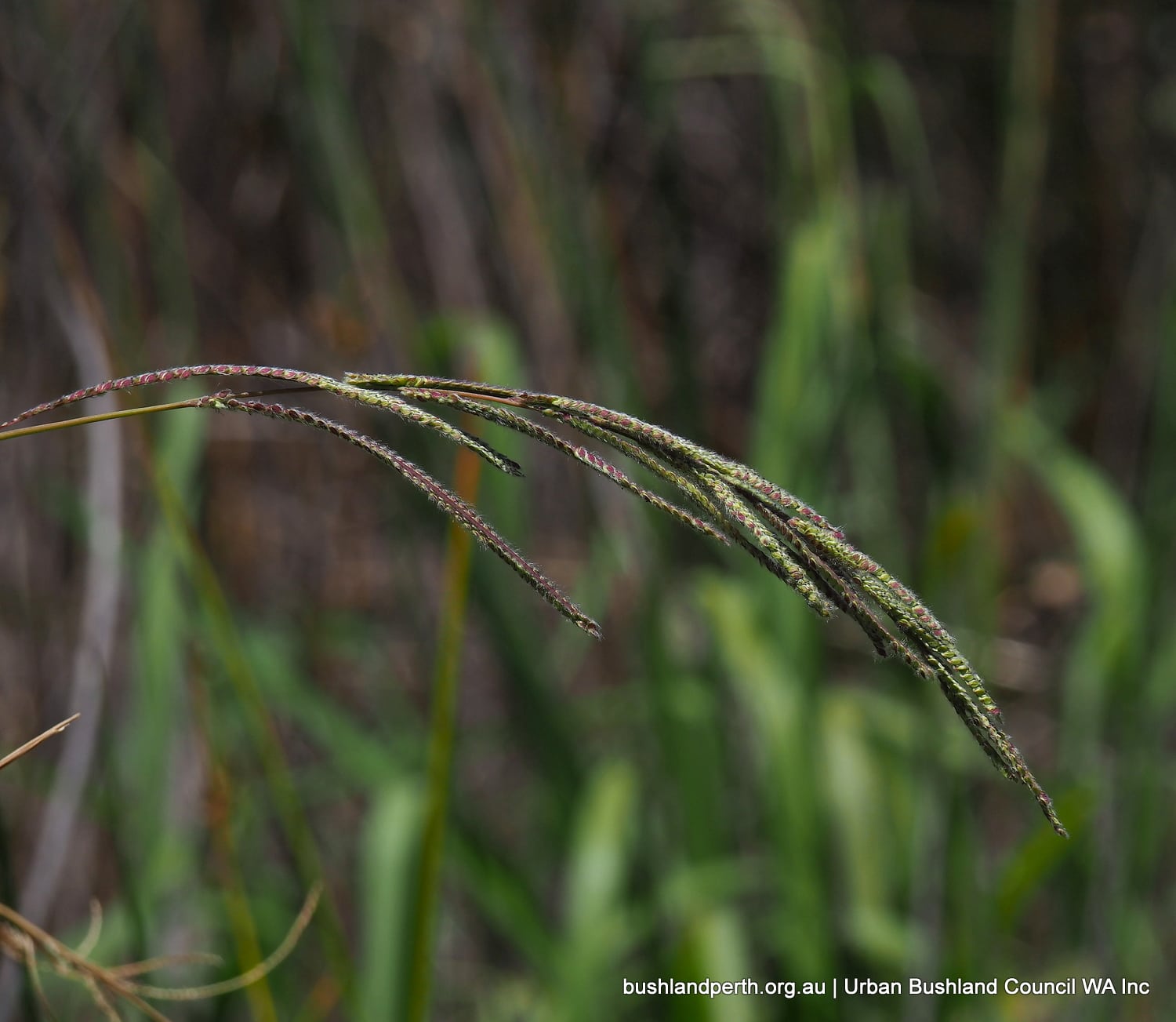 Vasey Grass was originally a native grass of South America and introduced as a stock feed. It has become widely naturalised across a number of areas and in particular, disturbed wetlands. These photos were taken at Bibra Lake south of Perth.

Paspalum urvillei is a densely tufted perennial grass growing to about 2.5 m high and preferably in full sunlight. The inflorescence consists of 12 to 20 erect, close-pressed, purple to grey-green racemes each about 12-30 cms long. Flowers come in spring and summer and then the plant reproduces by seed and short rhizomes. It is then dispersed by water, animals, machinery, vehicles, footwear and contaminated grain. Flowers produce prolific viable seed with some dormancy and uneven ripening. Optimal germination temperatures are between 20 and 30 degrees Celsius. Pollen is allergenic and the seedbank persists for at least 9 months. After fire the grass resprouts.

It has become established in highly disturbed natural ecosystems and can invade grasslands, shrublands and wetlands. Vasey Grass will become a dense stand and displace native vegetation. It may be allelopathic, with exudates significantly reducing growth of other plants. Under moist soil conditions it spreads quickly. The plant is highly tolerant of drought, a wide range of soils and water logging, but not tolerant of frost. It is host to several severe pests and diseases. This weed is capable of having a major effect within the lower strata of vegetation.

Found in moist or disturbed areas usually on loam or black sand around Perth on the Swan Coastal Plain and the Darling Range.

High: a major threat to the conservation values of vegetation in the Eremaean and South-West Province.

At any time of the year cut out small populations and ensure the rhizome is removed.