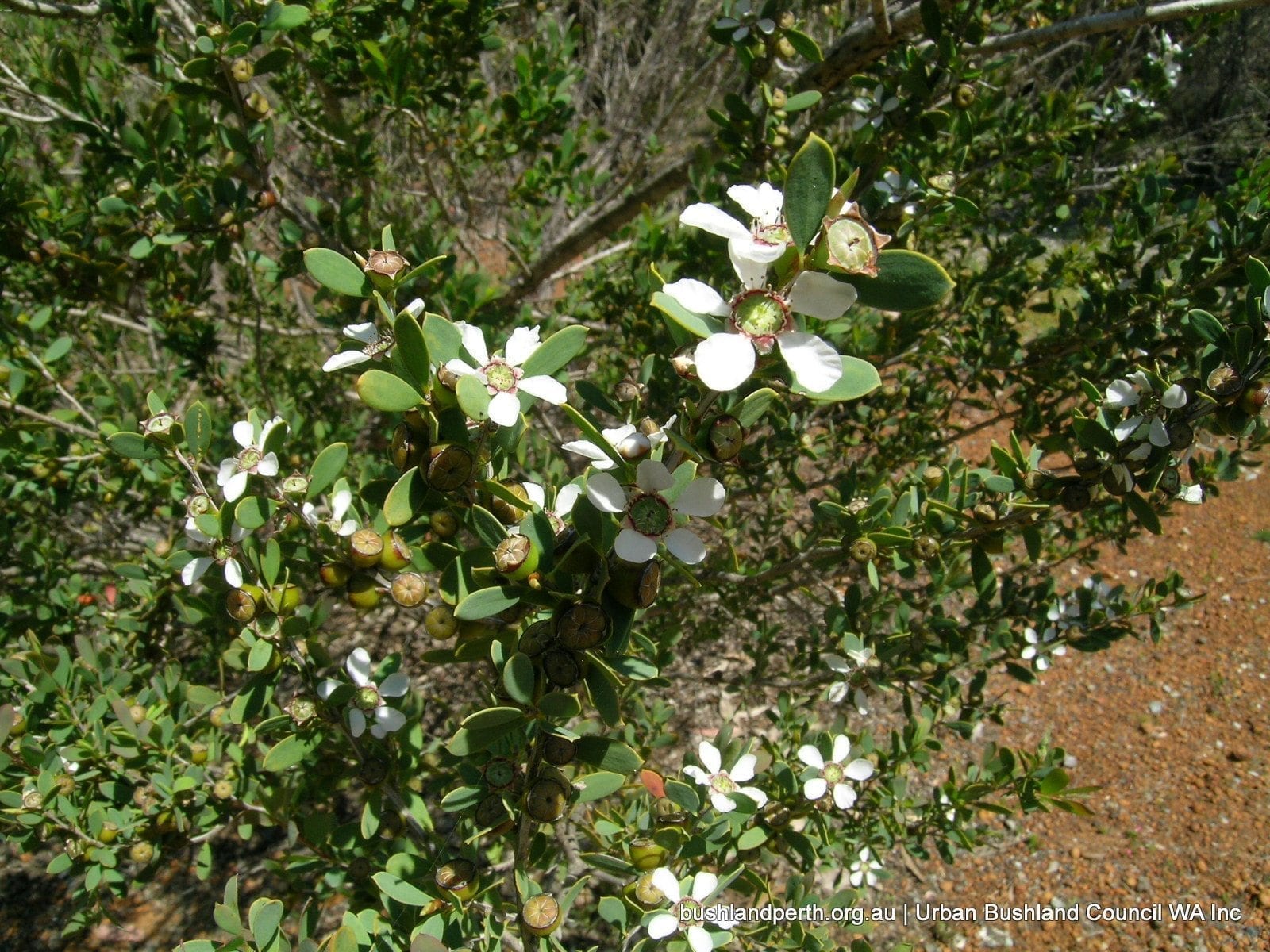 This teatree originates from south eastern Australia and was introduced as a garden plant and also as wind breaks and for dune stabilisation. It is a large shrub growing to 6 metres in height and has become a particular problem in urban bushland where it has become a major weed.

Victorian teatree is a shrub or tree growing between 1.5 and 6 m high with small white flowers from July to October and small, opposite, oblong leaves. It reproduces by seed and this is dispersed by wind, vehicles, soil movement, water and garden refuse. The time to first flowering is 4 years. Occasionally it resprouts from its base. The seedbank persists from days to 1 year. Adult plants are killed by fire, seed is released from woody fruits and germinates prolifically in post fire conditions. Seeds released en-masse when plants are damaged or stressed, including herbicide application, mechanical damage or fire.

If left it will rapidly spread over bushland and impact on plant communities. This major bushland weed is spreading rapidly along road verges and invading coastal heath and woodlands.

It occurs on the Swan Coastal Plain and from Jurien Bay to Albany along road verges through various areas in the South-West Province. It prefers white or grey sand or loam.

Hand weeding and felling mature trees is the recommended control method. Resprouting has been recorded in some areas. Optimal months to manually remove these weeds are July to September and occasionally in any month of the year. Follow up spraying with herbicides may be required as mature shrubs do resprout.

Where resprouting has been observed, apply 250 ml Access in 15 L of diesel to bottom 50 cm of trunk (basal bark). Read the manufacturers’ labels and material safety data sheets before using herbicides. Optimal months to spray herbicide are July to September