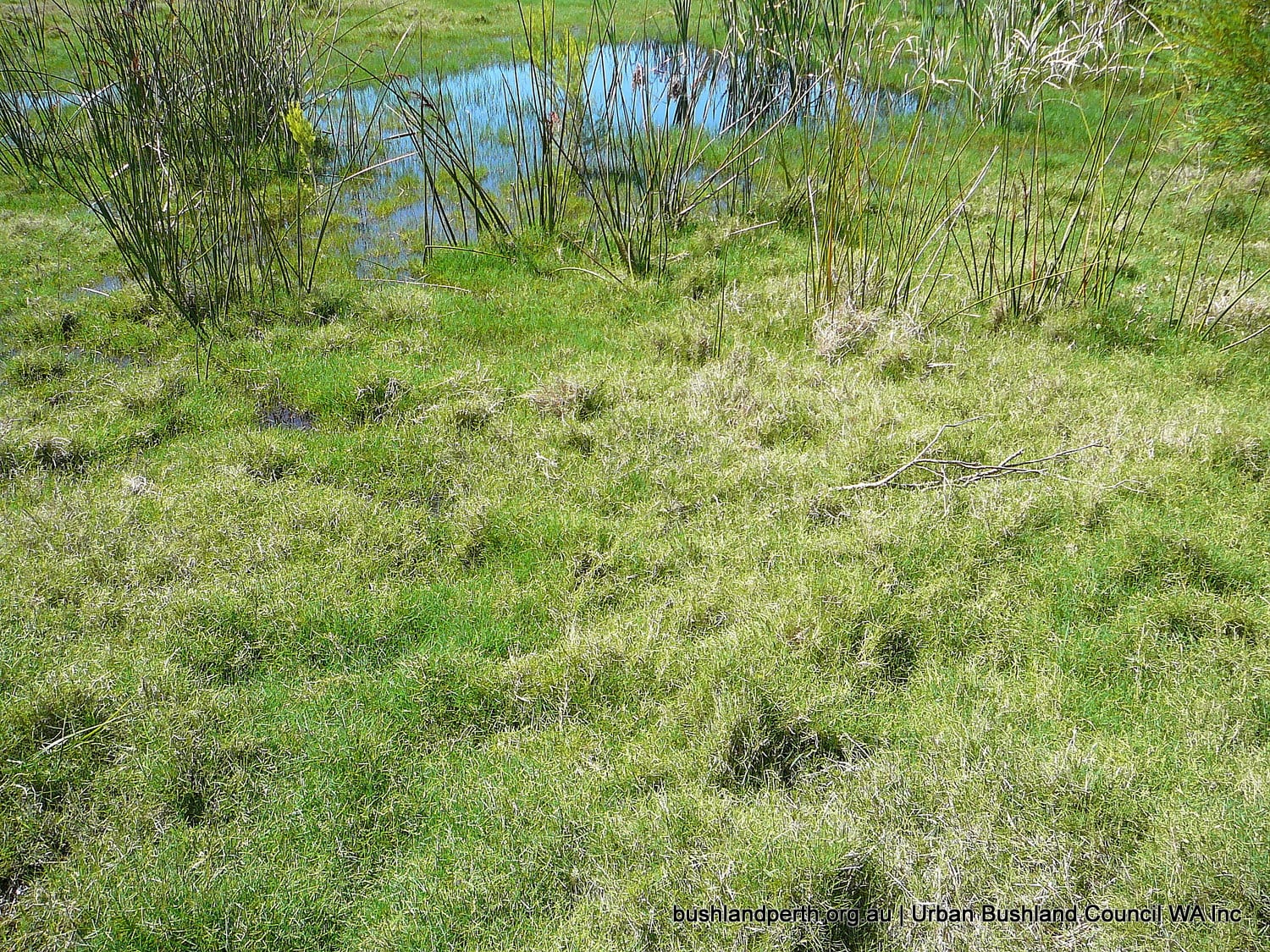 Water Couch is a semi-aquatic grass and was photographed at Herdsman Lake.  It occurs in warm regions throughout the world, being most abundant in humid areas including some parts of Australia but probably introduced to the south western part of Australia. Originally introduced for forage, rehabilitation of disturbed and contaminated sites and erosion control.

This weed is a tufted perennial grass growing to about 0.5 m high. It flowers in summer and has green or green-purple flowers. Reproduction occurs mostly from rhizomes, although ecotypes have been known to reproduce readily from seed. Highest germination rates occur at temperatures between 28 and 35 degrees celsius. Seed has high viability. Alternating temperature and moisture breaks seed dormancy and results in high germination rates. The seed is dispersed by water and the seedbank persists for possibly 2 years. Eutrophication and disturbance exacerbates spread. In response to fire this grass resprouts from rhizomes. Water Couch is toxic to stock due to a parasitic ergot fungus.

Water Couch will spread over moist areas and impact on plant communities. It can form great swathes of grassy matting in wetlands as shown in the photos at Herdsman Lake. The weed decomposes slowly forming a dense litter layer in wetlands.

It inhabits moist, freshwater creeks and water logged pasture paddocks in the South-West Province. Also found on the edges of wetlands, ponds and wet roadside drains.

High: can cause acute disruption of ecological processes, dominates and/or significantly alters vegetation structure, composition and function of ecosystems. If established can impact native plant communities.

Spray with 1% Glyphosate 2-3 times over single growing season. Following any fire event is an optimal time to undertake control. Read the manufacturers’ labels and material safety data sheets before using herbicides. Optimal spraying months are November through to April.