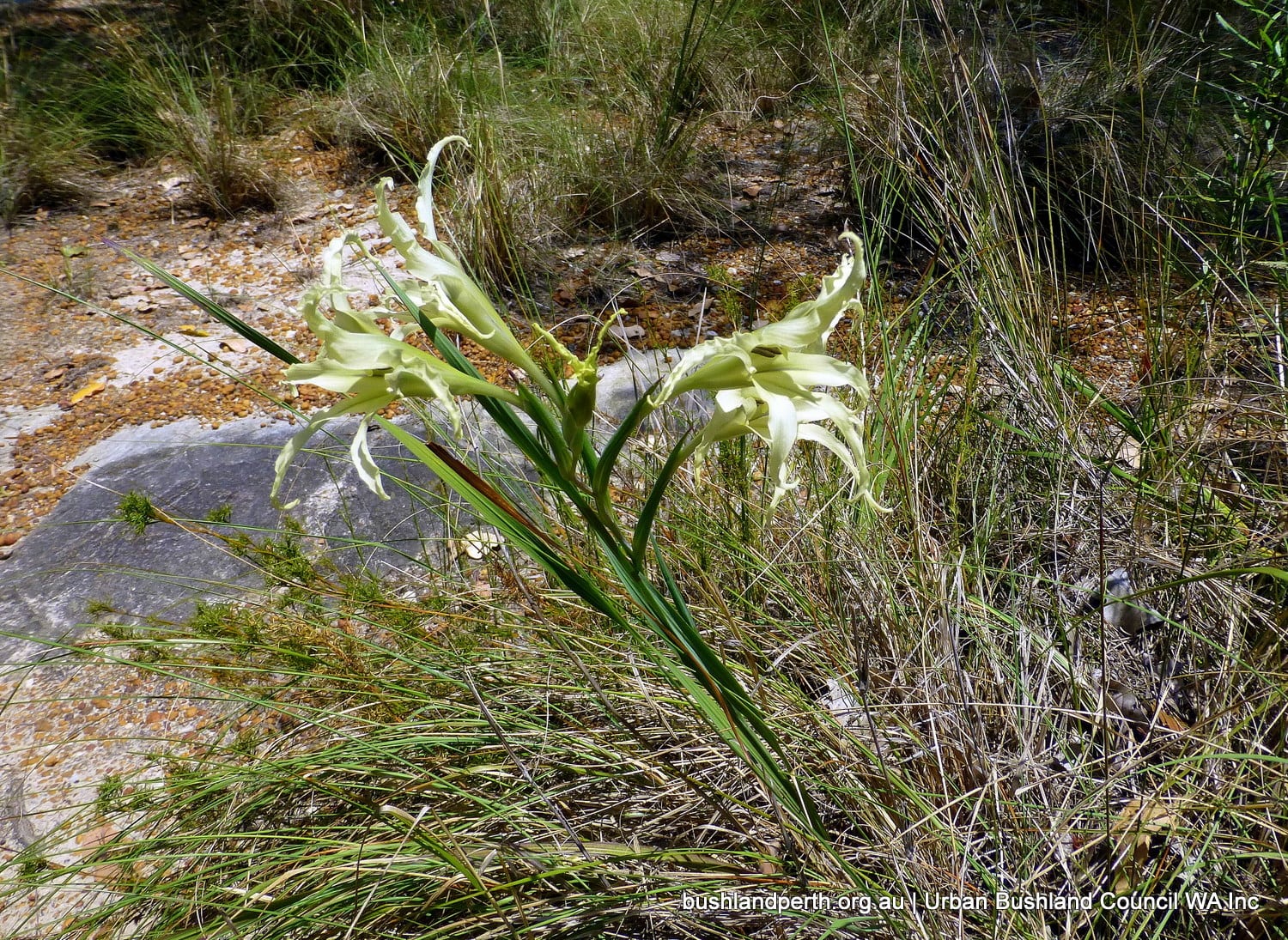 South African Gladiolus is an invasive species originally introduced as a garden specimen. Unlike other Gladiolus that flower in spring, this species produces white- cream-green flowers in December.

This garden escapee can grow to about 1.4 m high and is one of the tallest in the Gladiolus genus. In summer it produces wavy white-cream or yellow flowers. Unlike most Gladiolus corm exhaustion occurs in July/August while flowering occurs in December. The corm is annually renewed but reproduction is primarily by cormels. It does not appear to set seed in south-western Australia. Plants die back after flowering and remain dormant until the corms resprout with the autumn rains. Fire tends to reduce the number of adult plants and facilitate germination of previously dormant cormels, resulting in a significant increase in juveniles.

If left will spread over bushland and impact on ecological processes and plant communities.

Found in various wetter parts of the South-West Province usually in disturbed areas, road verges, estuarine areas and wetlands. It prefers loam, sandy clay or wet soils and is common from Perth to Albany.

High: may become a major threat to conservation values anywhere it has taken hold.

Spot spray metsulfuron methyl 0.2 g/15 L + Pulse® or 2.5-5 g/ha + Pulse®. Herbicide application should be just on corm exhaustion. Physical removal can result in spread of cormels. Once the parent corm is killed cormels in the soil tend to lose dormancy and germinate. Read the manufacturers’ labels and material safety data sheets before using herbicides. Optimal month for spraying is July.