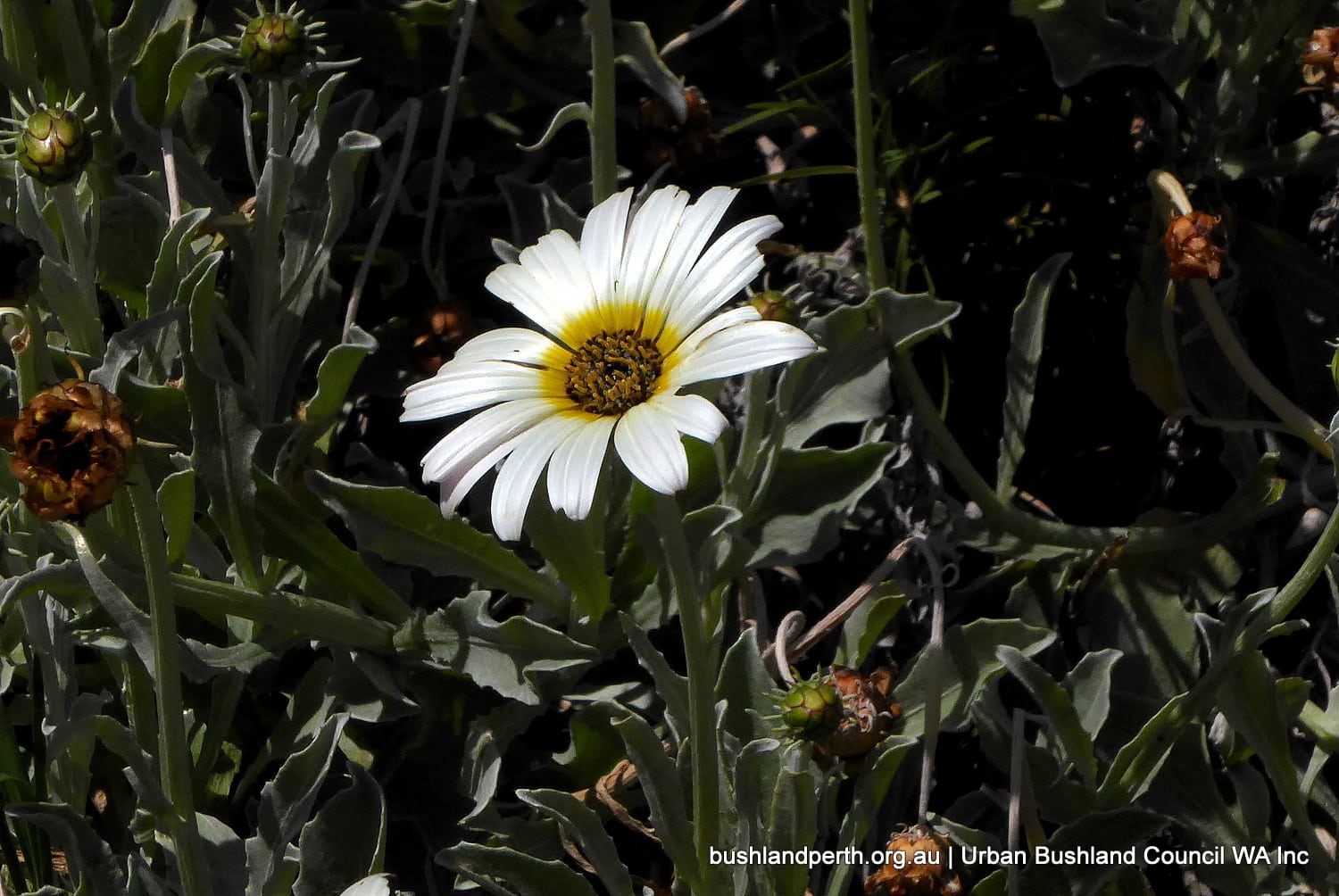 White Arctotis is native to South Africa and was introduced as a coastal stabilising plant and for ornamental use in gardens. It  has also naturalised in southern Australian and California. Like many weeds of the daisy family it is capable of forming large clumps that smother and displace native species.

This weed is a prostrate or decumbent perennial with distinctive gray leaves and large white flowers growing to 0.3 m high. In late spring and summer, large white flowers are produced. Occasionally the flowers can be cream or pink or bronze. Its flowers only open with sunlight and are pollinated by bees. Seeds ripen quickly within weeks after flowering, however germination of seed is rare. Reproduction is usually by root fragments at the nodes. Dispersal is then by soil, plantings and garden refuse.

Found on coastal sand dunes from Jurien Bay to Busselton. Around the coastal areas it can be found in gardens and in rehabilitated areas to stabilise dunes.

Try manually removing small/isolated populations. Although it rarely reproduces from seed it is easily spread by the dumping of garden refuse and in the soil as root cuttings. For this reason it is most important that if hand weeding, all root material is removed from site and destroyed – not dumped.

Before applying herbicides read the manufacturers’ labels and material safety data sheets before using herbicides. For optimum treatment apply herbicide between March and October but is can also be sprayed occasionally in January, February, November and December.