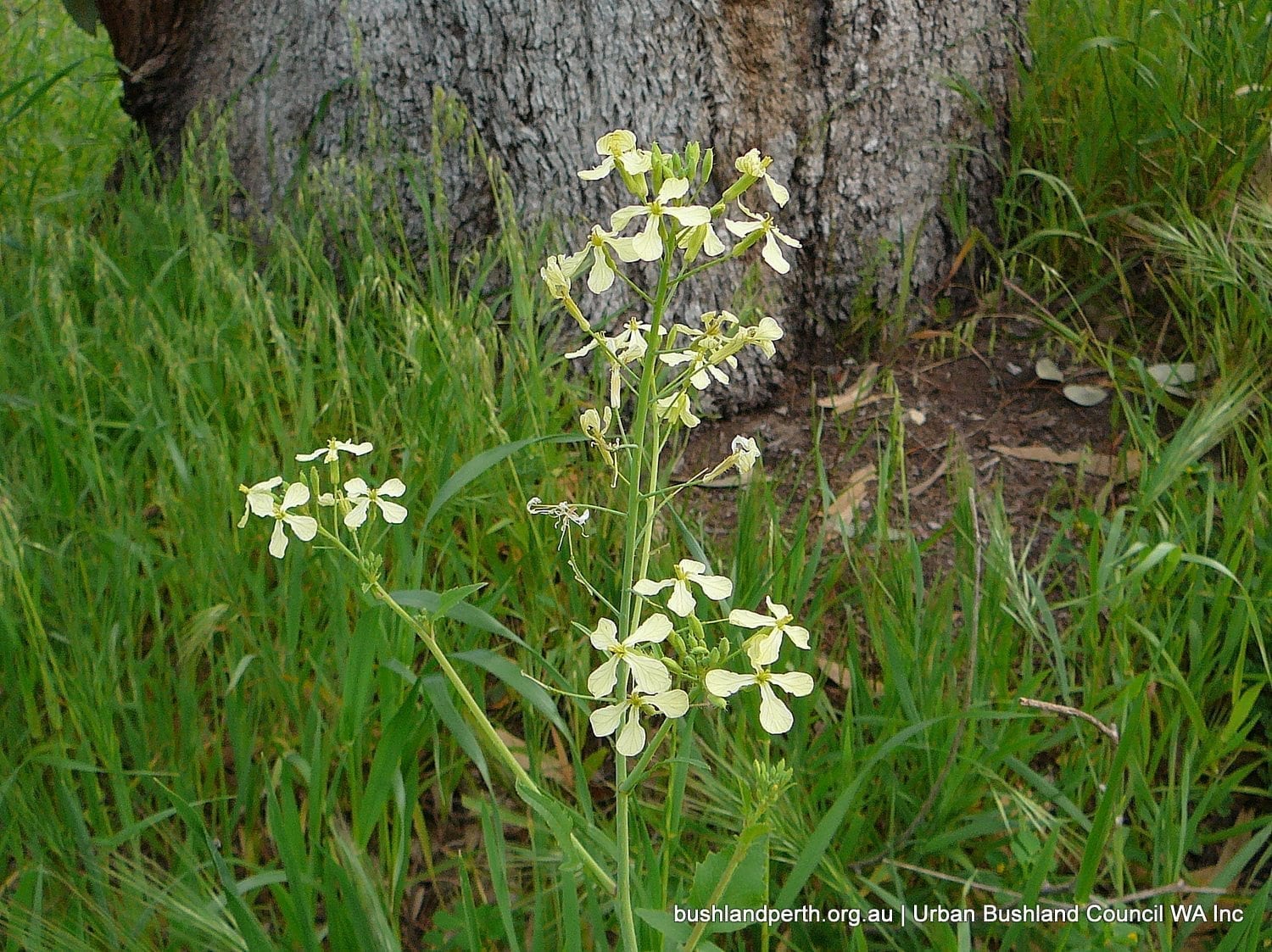 This native of Macaronesia, northern Africa, temperate Asia and Europe flowers throughout  the year, but mainly from April to November. It is economically one of the most important weeds of cropping in Western Australia. Wild Radish  has been introduced into most parts of the world, and is regarded as a habitat threatening invasive species in Australia.

It is an erect annual or biennial weed and grows to 1 m high. The leaves and stems usually have bristly hairs and the flower petals are usually a pale yellow although there are other colours recorded. The plant reproduces by seed and dispersed by wind, water and machinery. It produces prolific seed with high longevity and dormancy. Seeds germinate after significant autumn rains, otherwise germination can be sporadic and staggered throughout the year. The seedbank persists for up to 20 years. Wild Radish is poisonous in large quantities to mammals.

Wild Radish spreads rapidly and has a flexible lifecycle, high genotypic and phenotyphic variability, enabling it to adapt to different environments. It can dominate disturbed areas and is regarded as a threatening invasive species everywhere it has become established.

Widely distributed on the Swan Coastal Plain and more generally in the South-West Province. Wild Radish is a weed of highly disturbed areas and is often found growing on roadsides or in other places where the ground has been disturbed.

High: is a major threat to the conservation values of the South-West Province. Can cause major structural changes to the plant communities that it invades.

Spot spray 1% Glyphosate before flowering. A combination of approaches is usually most successful. Read the manufacturers’ labels and material safety data sheets before using herbicides. There has been recorded resistance to chlorsulfuron in South Africa and multiple resistance to several herbicide groups in other regions. Occasional spraying can be done throughout the year.