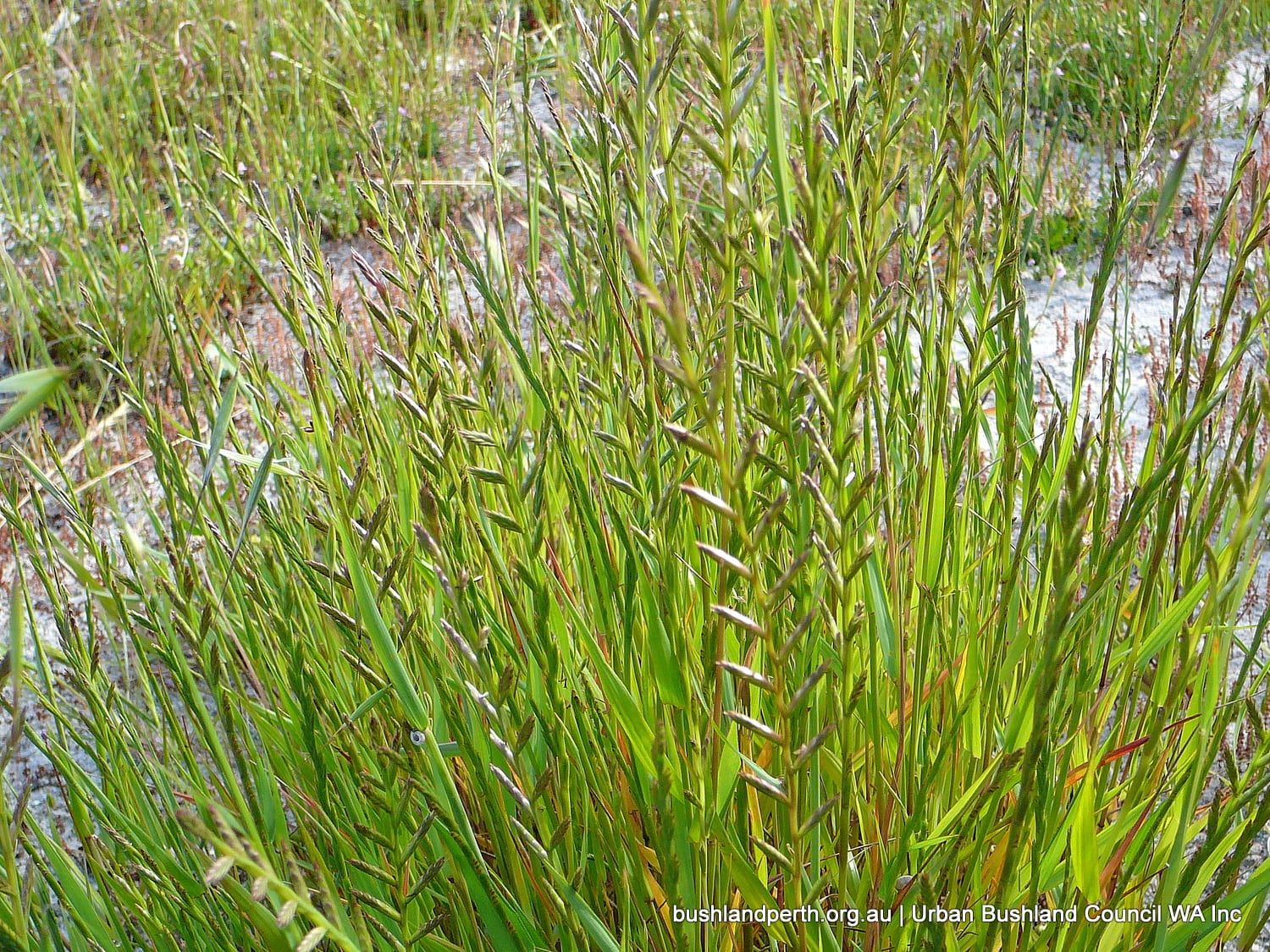 Like some other weeds, Lolium has hybridised and so identification between L. perenne (Perennial Ryegrass) and L. rigidium (Wimmera Ryegrass) is difficult. Wimmera Ryegrass is a native to Europe, north Africa and temperate Asia and introduced as a pasture crop. It is now naturalised in all Australian states. The pollen is a known cause of hay fever.

Wimmera Ryegrass is an annual growing to 1 m with a flower spike to 0.3 m long. In spring and summer green-yellow flowers are produced. Reproduction is by seed that is dispersed by water, wind, mammals and combine harvesters. Seeds are dormant following dispersal for about 2 months, but this can vary greatly between cultivars and environmental conditions. Temperature and rainfall have a marked effect on germination. The seedbank persists for up to 4 years.

L. rigidium has a marginal to moderate salt tolerance, but does not survive extended periods of waterlogging and is intolerant of shade. This weed sets a prolific amount of seed. The seed heads can become infected with fungal diseases and bacteria making this species toxic to stock.

Found in the South West Region from Shark Bay to Busselton in white or brown sand, sandy clay and gravelly loam. It likes roadsides, dunes, winter-wet flats and lake edges as well as islands, coastal sands and disturbed sites.

Unknown: but if established can impact native plant communities.

Cut or hand pull small populations to prevent seed set. For optimal management hand weeding should be done between July and December.

Herbicide resistance has been well documented. Spray with grass selective herbicide such as Fusilade Forte in winter 4-6 weeks after opening rains. For larger plants up to flowering, increase rates of grass selective herbicide 3 to 4 fold. In agricultural areas, populations may be resistant to these herbicides and Glyphosate may be needed. Spray 10 ml/10 L Glyphosate when plants are vegetative up to when seed heads are emerging. Late season applications of herbicide can reduce the numbers of seeds produced, viability and seedling fitness. Read the manufacturers’ labels and material safety data sheets before using herbicides. Optimum herbicide treatment should be done between June and October although occasional spraying can be done from November to January.