The WA Regional Forest Agreement (RFA) signed 20 years ago by Prime Minister John Howard and Premier Richard Court exempted the WA logging industry from Federal environmental laws.  The RFA expires in May 2019. It has been a disaster. As a result, our forests and wildlife, our climate and water catchments, regional communities and sustainable industries have all been adversely affected. 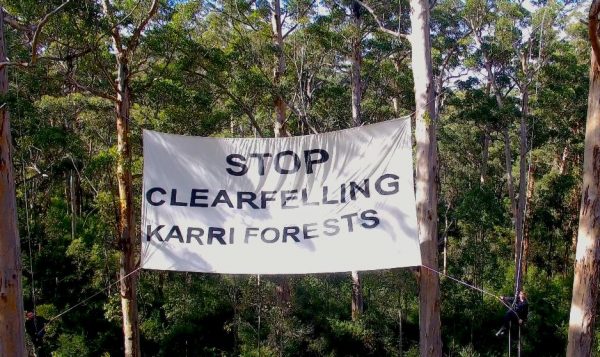 Right now the WA government is considering whether to renew the Agreement with the Commonwealth. Read the terms of reference here.

At the same time, the government is making another key decision over the allocation of large new contracts for native forest logs from WA’s south west forests. We must prevent this as well.

Please  email Premier McGowan today because the government is preparing to make a crucial decision about our forests. Your email to the Premier is vital to help protect our beautiful South West forests.

Why is it important to save our forests?

In summary, old and maturing forests are needed and must be protected from logging for many reasons.

They are critically important for climate change mitigation. Older forests capture and store larger amounts of carbon in trees and soil than immature regrowth. Big old trees store most carbon, which they continue to capture as long as they live.

Logging followed by burning releases about half the carbon stores. Regrowth begins to store carbon but doesn’t reach the storage capacity of the older trees it replaces for at least a century. The significant amount of carbon released from the soil can’t be restored within current logging cycles.

If you want to read more about why and how to save forests, go to The Wilderness Society website or the Australian Forests and Climate Alliance website. Also check out the WA Forest Alliance’s Facebook page.