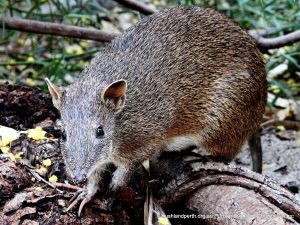 The Anstey-Keane Dampland is the second most floristically diverse Bush Forever site on the Swan Coastal Plain and its vegetation is in excellent to pristine condition. Despite being well recognised as a bio-diverse hotspot it is under real threat from urbanisation. It is vitally important that Anstey-Keane Dampland be preserved intact.  The larger an area of conserved bushland, the more viable it is for the plant and animal communities that inhabit it. In addition, intact tracts of bushland tend to have less ‘edge-effect’ from weeds, and be less vulnerable to human incursion.

Therefore, we were extremely disappointed when in October 2017, the Minister for Environment, Hon Stephen Dawson MLC, gave approval for the implementation of Water Corporation’s Balannup Wastewater Pressure Main Project through Anstey-Keane Dampland (Bush Forever site 342) in Forrestdale. The plan is to install 1.5 kilometres of pipeline through Bush Forever site 342 following an existing track between Keane and Anstey Roads. 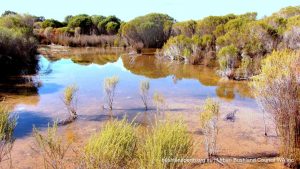 Using the plough method as opposed to the more environmentally damaging open cut trench, the high-density polyethylene pipe will be installed at a depth of 1.2 metres. Installation will involve welding together sections of the pipe which the proponent claims will be free of weak points such as air and scour valves to lower the risk of leaks and spills in the reserve.

While we appreciate that the Water Corporation’s methods of construction are designed to lessen environmental damage in the reserve, we do not believe that conservation areas should be used as infrastructure easements when it can be avoided. 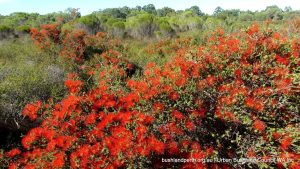 In this instance we believe that Anstey-Keane could have been circumvented by laying the pipeline along Nicholson and Armadale Roads, thus avoiding inevitable harm to the environment. Exact dates for the installation of the pipeline through the reserve are not yet known, however the Water Corporation expects the work to be completed during late summer or early autumn 2019.

Now that the project has been approved, all we can hope for is that immediate and ongoing damage to the environment is kept to an absolute minimum: that extreme care is taken during installation, and that the spread of invasive weeds and Phytophthora dieback disease, resulting from soil disturbance, will be effectively controlled by the proponent.