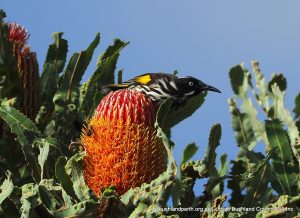 The Urban Bushland Council and the Wildflower Society of WA nominated Perth’s Banksia woodlands as a Threatened Ecological Community under the Federal Government’s Environment Protection and Biodiversity Conservation Act. Following the recommendation of the Threatened Species Scientific Committee, the federal Minister for Environment accepted the conservation advice and the subsequent listing of ‘Banksia Woodlands of the Swan Coastal Plain ecological community’ in the category of ‘endangered’ was effective from 16 September 2016. It is available here……  (Download).

The listing is a beautifully written and compact document. As the Advice (p 33) states ‘The conservation objective is to mitigate the risk of extinction of the Banksia Woodlands of the Swan Coastal Plain ecological community, and help recover its biodiversity and function……’.

This advice means no more clearing of Banksia Woodlands.

What are the Banksia Woodlands? 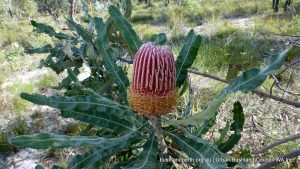 Banksia Woodlands are the iconic landscape setting for Perth. Their main feature is the presence of both Banksia attenuata (Candle Banksia) and/or B. menziesii (Firewood Banksia) occurring on deep sands.  Both commonly co-occur and are ancient species.

They occur on the Quindalup Dunes, Spearwood Dunes, Bassendean Dunes and rarely on the Pinjarra Plain landforms, all of which comprise the dominant landforms of the Swan Coastal Plain.  Chains of wetlands are features of the zones between each of these (pairs of) landforms.

Banksia Woodlands typically have three layers: (1) the tree canopy of Banksias (in patches or scattered), with scattered eucalypts and Allocasuarina in some areas, (2) a dense species-rich shrub layer and (3) a diverse ground cover layer including annuals and many geophytes. Banksia woodlands distribution over the Perth Coastal Plain: (Download)

They are known for the exceptionally high number of common or dominant species in the shrub and ground level layers; the very large number of species in each sub-community and for the marked changes in composition of the understorey over its range (i.e. moving north – south or east – west). Although no vertebrate fauna is unique to Banksia Woodlands, these woodlands support a rich and diverse array of reptile and bird species on the Swan Coastal Plain. The Swan Coastal Plain is rich in fungi species.

Over 70% of the native ground mammal fauna known from the Swan Coastal Plain at the time of European settlement has become extinct.

The importance of ecological linkages 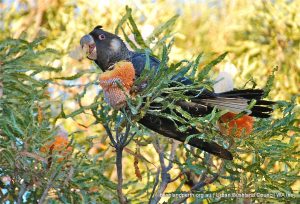 It is extremely important to protect the ecological linkages connecting areas of banksia woodlands, one to the next.

While there are some larger patches of intact Banksia Woodland, there are many more smaller intact patches as well as remnants of Banksia menziesii and B attenuata overstorey scattered across the suburbs of Perth along roadways and through parklands, golf courses, and backyards forming regionally and locally significant ecological linkages.

These linkages are under increasing threat from urban development, and urban ‘infill’ due largely to the lack of appreciation and understanding of their ecological significance at the local level and regional levels. This threat is excacerbated by the lack of formal legally binding recognition that such linkages are valuable ecologically and need to be retained, maintained and enhanced. 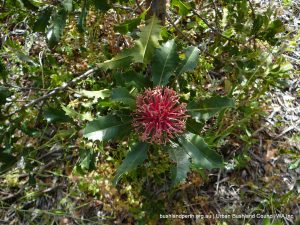 The sustainability of the biodiversity of these species-rich Banksia Woodlands is now critically dependent on maintenance of these linkages.

They are essential as wildlife corridors for seasonal movement of fauna (eg. small bird species, invertebrates), and to act as refugia and corridors for recolonisation after catastrophic events. Banksia as a genus is an ancient West Australian. Banksia woodlands, including the dominant trees of the woodland, define the Perth Metropolitan area and are an Iconic Community of our City. 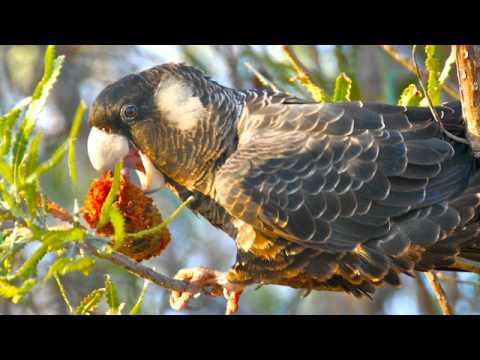 Presentations by Greg Keighery and Val English from DPaW at the 2014 UBC AGM on the topic of ‘Our Precious Banksia Woodlands‘ are available below.

The talks covered the distribution and diversity of Banksia woodlands from general structural maps to floristic variation, and then lead into discussion of Threatened Ecological Communities (TECs) and possible EPBC listing for Banksia woodlands.