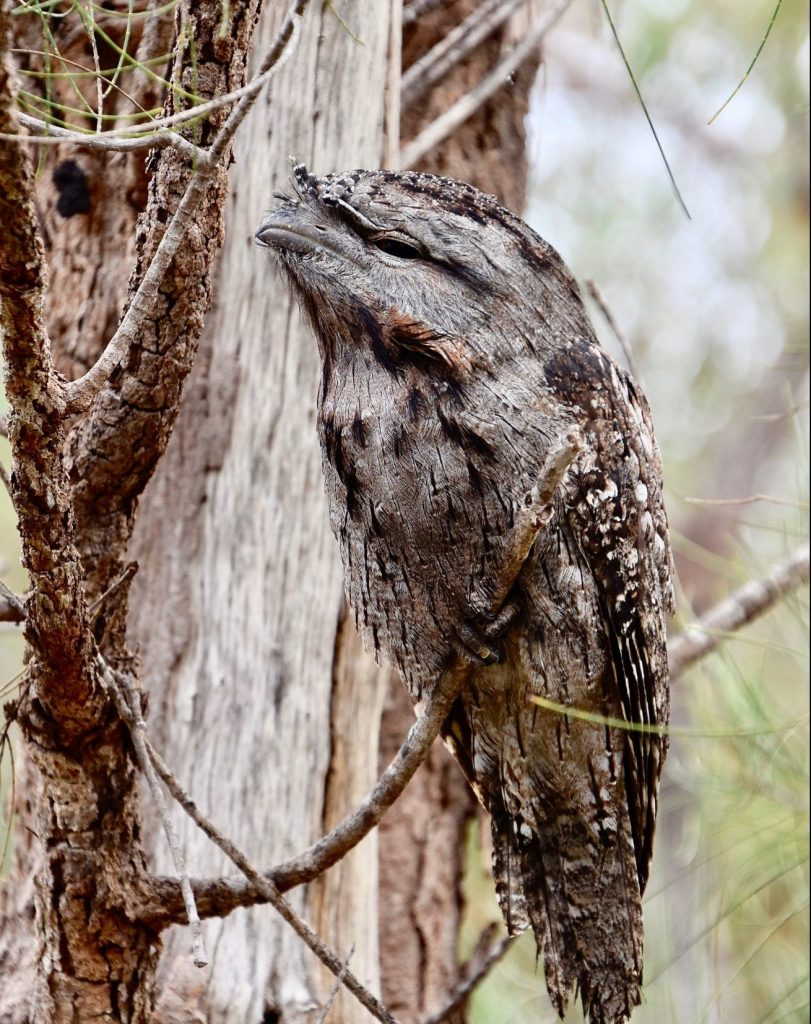 It was such a surprise to almost bump into this Tawny Frogmouth in an Allocasuarina tree in Underwood Bushland, Shenton Park. Maybe she was a female. She wasn’t giving much away but while pretending to be a branch, she had one eye on me.

Several years ago a pair had nested in a coral tree over a playground in Lawler Park opposite Underwood Bushland. Both parents build the nest. As Gisela Kaplin writes in her marvellous book ‘Tawny Frogmouth’: “…with the exception perhaps of pigeons, tawny frogmouths may well be regarded as the least accomplished among nest-building birds.’   The prospective parents bring sticks and leaves and place them on the fork of a tree without any effort at weaving.  They construct the shape  just by walking over the sticks. Such construction can take up to four weeks before the female can lay her eggs.

In the 1840s, John Gould wrote ‘That the male participates in the duty of incubation I ascertained by having shot a bird on the nest, which on dissection proved to be a male’.

It is hard to imagine shooting a bird sitting on eggs, even if it was about 160 years ago.

These days, when we  clear bushland, we destroy the habitat of living creatures. And let them die under the blade of a bulldozer or through starvation.

Celebrate the listing of Tuart Woodlands 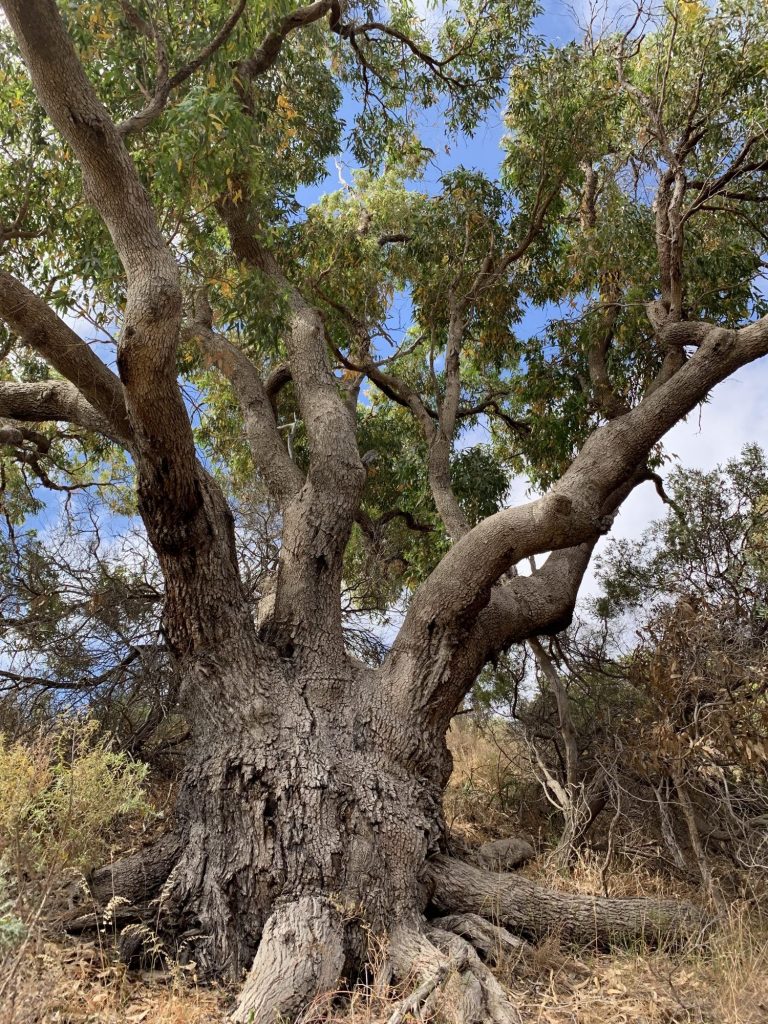 Celebrate the Listing of the Tuart Woodlands and Forests as a TEC  by coming along to the UBC talk on Wednesday 14 August. The Tuart is an icon of our Perth region, being the tallest tree species on the Swan Coastal Plain and habitat for many fauna species.

The Urban Bushland Council has received some wonderful donations since the start of the year. We would like to thank everyone who has contributed. Your financial support helps us increase community awareness and advocate for protection of urban bushland.

Protecting the environment is an ongoing challenge!  You can see from our articles and campaigns that many precious sites have a long history of being under threat and that success is often diminished by delay or compromise. Conserving our natural heritage therefore requires perseverance and resilience.

A voice for the bush – Bush Forever