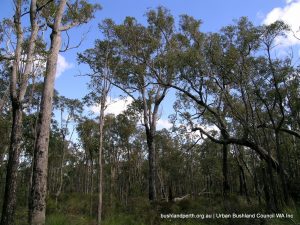 A watershed runs through the park from the north-west to the east, dividing the park into two water catchments . All the freshwater creeks are seasonal, generally flowing from May to November.  The Cooliabberra Spring area has the highest conservation value of all the vegetation communities within the park. 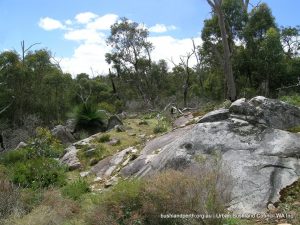 The park has a  dramatic topography, including undulating plateaux, steep rocky outcrops and native bushland with a diversity of vegetation. It is part of the Darling plateau, with the Darling Scarp fault line at  its western boundary.  A gently undulating plateau is the major landform from the eastern edge of the park.

Slopes, at first gentle then steepening, occur at the edges of the lateritic plateau. Streams on the western edge of the park gives rise to a sequence of spurs and gullies.

The soil of the park has areas where the entire lateritic profile remains substantially intact, through to areas where the profile is truncated by erosion and has superficial deposits of secondary worked materials.

The variations in soil depth, slope aspect, and slope angle mean that the range of plant communities is greatest on the Scarp face of the park. 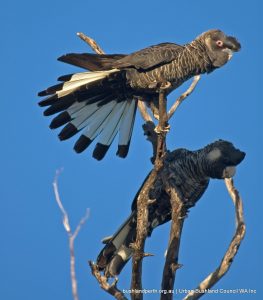 Bungendore Park covers the transition zone from the Swan Coastal Plain to the Darling Range plateau and many long-term scientific surveys have been conducted in the park – aquatic fauna, flora, fungi, vertebrate and macro-invertebrate fauna and avifauna – which have highlighted its conservation values. Numerous management measures have been undertaken – weed control in disturbed areas along with revegetation from seed of native species collected on-site, Phytophthora Dieback treatment, feral European honeybee removal, fox and feral animal control, and European Wasp monitoring.

The park is managed for its recreation, education and conservation purposes. 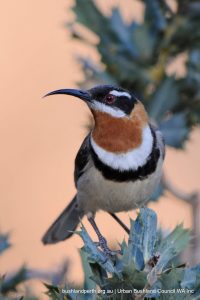 The park is especially rich in parrots, cockatoos and nectivorous birds that are attracted to the many flowering plants especially the Parrot Bush, Banksia and Marri.

A total of 100 species of birds have been recorded in the park including the Western Spinebill (Acanthorhynchus superciliosus), the very colourful Red-winged Wren (Malurus elegans), sometimes to be seen at Cooliabberra Spring, and the Red-eared Firetail (Stagonopleura oculata).

The park also contains a number of species that have declined greatly on the Swan Coastal Plain and in the northern parts of the Darling Range including the Western Yellow Robin (Eopsaltria griseogularis), White-breasted Robin (Quoyornis georgianus), Rufous Treecreeper (Climacteris rufus) and the Western Little Wattlebird (Anthochaera lunulata).

Overall Bungendore Park contains a rich assemblage of birds and together with the Wungong catchment have high conservation value. Also important is the continuation of research into all aspects of the parks ecology and the monitoring of threatened and endangered species. 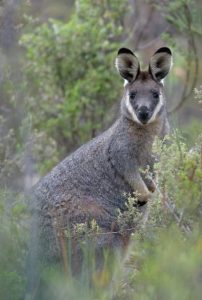 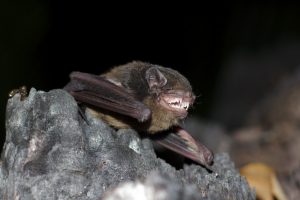 Eight species of bat are known to occur in the park, with possibly another species (based on recorded calls).

Through daytime and night-time surveys, extensive information has been gathered and documented about the macro-invertebrates (insects, chelicerates and myriapods) found in the park. 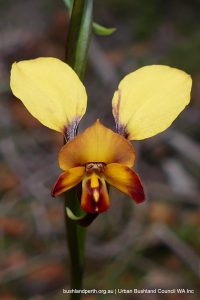 Bungendore Park’s vegetation is typical of the western edge of the Northern Jarrah forest, and generally consists of open Jarrah-Marri forest with smaller areas of Wandoo-Marri woodland on the shallower soils of the western slopes.

The park also contains outcrops of granite surrounded by heath with Rock Sheoak in the south west corner of the park.

The most diverse area of vegetation within Bungendore Park falls within the Cooliabberra Spring area, which is a winter wet depression.

357 plant species from 62 families, representing 44% of the species occurring in the Jarrah Forest of the South West of Western Australia, have been recorded within the park.   This includes two declared rare and one priority flora species.

There are two main access points to Bungendore Park – one from Dryandra Drive off Albany Highway east of Armadale, the other from Admiral Road near the Southern Hills Christian College entrance.  Vehicle access to within the park is restricted to only authorised vehicles.  In parts, the park provides a dramatic landscape of high scenic quality.

Bushwalking opportunities are provided in the park, outside of areas designated for conservation. Four named walk tracks  are marked in the park with tree tags.

Interesting leaflets and books are available from the Perth Hills Armadale Visitors Centre illustrating these walk tracks and the fauna, flora and fungi to be found in the park.  The park also has good lookout places.

The Bungendore Park Environmental Group looks after the Park.