Herdsman Lake Regional Park, 7 km northwest of the CBD, is Perth’s largest inner metropolitan wetland and consists of permanent water bodies, seasonally dry wetlands and open parklands.  It is part of a narrow chain of wetlands that extends parallel to the coast from Yanchep in the north to Mandurah in the south in the Spearwood Dune System.

It is an extremely important wetland on the Swan Coastal Plain as it supports a wide diversity of wildlife species; serves as an important bird breeding ground and is a summer refuge for transequatorial migratory birds. Herdsman Lake is a Bush Forever site.  Download Listing.

Start your visit to Herdsman Lake at the Herdsman Lake Wildlife Centre at the southern end on the corner of Selby & Flynn St, Wembley or at the northern car park near Selby Street North and Jon Sanders Drive, Herdsman. Scenic views over the wetland can be enjoyed from the Wildlife Centre, while observation of wildlife on the open water can be made from two bird hides and most sections of the Lake’s edge. 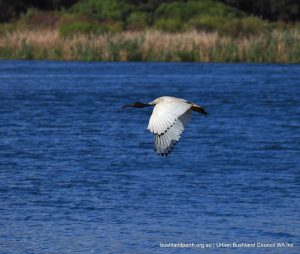 The wetland communities in the Park are influenced by, and are dependent on, the hydrological zones within the lake system. Sedgeland communities dominate the fringing open-water areas; the wet-forest and woodland communities are in the seasonally inundated margins between the open water and the dryer recreation areas.

The native sedgeland communities throughout the Park extend into the understorey of the forest and woodland. By contrast the Typha orientalis communities only occur where there is no shading overstorey.

The vegetation of Herdsman Lake has changed a great deal since European settlement. Reports by early European settlers describe the Lake as an area of open water with fringing rushes and fresh water paperbarks (Melaleuca rhaphiophylla) giving way to swamp banksia (Banksia littoralis) and flooded gum (Eucalyptus rudis) with an understorey of shrubs. 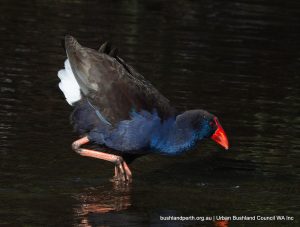 Herdsman Lake contains one of the most varied and easily observed waterbird fauna of any Lake in southwestern Australia due primarily to its wide range of habitats including: deep, open water (approx. 1.5 – 2.5 metres); shallow water, seasonally inundated areas (including mud flats and sedge lands); grassy banks of drains and the shoreline; dense stands of rushes; and trees.

It is an important breeding site with at least 20 species, including the black swan (Cygnus atratus), purple swamphen (Porphyrio porphyrio), little grassbird (Megalurus gramineus) and clamorous reed-warblers (Acrocephalus stentoreus). Areas in the central wetland in summer provide habitat for bird species such as white-fronted chats (Ephthianura albifrons) and Richard’s pipits (Anthus novaeseelandiae), while in winter, these areas are covered by deeper water and are used by ducks and other water birds.

It is one of the few wetlands in southwestern Australia where the little bittern (Ixobrychus minutus) breed.  Another three bird species which are rarely found breeding in the southwest, the blue-billed duck (Oxyura australis), hardhead (Aythya australis) and the Australasian shoveler (Anas rhynchotis) nest at Herdsman Lake. 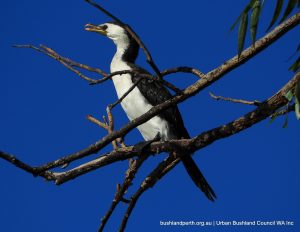 Several Australian waders also occur in the Park and four of them – the black-fronted plover (Charadrius melanops); red-kneed dotterel (Erythrogonys cinctus); redcapped plover (Charadrius ruficollis); and black-winged stilt (Himantopus himantopus), have been recorded as breeding at the Lake.

Stone chips and flakes found on the higher ground to the north of Herdsman Lake indicate past Aboriginal use. Aboriginal people call the area Ngurgenboro and used it as a food source.