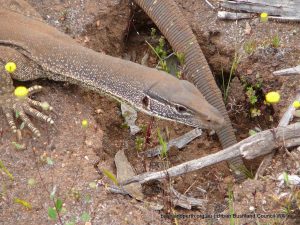 The Serpentine Falls waterfall is a key feature of the Park and lies within an incised valley at the base of the Darling Scarp, on the western edge of the Park.

The major access route to the Park from Perth and the south-west of the State is by the South West Highway, which runs just to the west of the Park, along the base of the Darling Scarp.  The Park can then be accessed from either the Serpentine Falls end of the Park, from Falls Road off the South Western Highway (just south of Mundijong Road), or at the Gooralong Campsite end via Jarrahdale. It can also be accessed using the ‘Jarrahdale Scenic Drive’ which follows Jarrahdale Road and Kingsbury Drive. See p34 of the Management Plan (see below) for details. 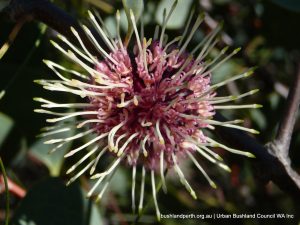 Serpentine National Park is sited on the western edge of the Darling Plateau, an ancient plateau composed mainly of granite rock with dolerite intrusions and capped with laterite. Past weathering has created a number of distinct landscapes, namely lateritic uplands, minor valleys, major valleys and scarps.

The landscapes can be grouped into landform mapping units based on topography. The Park’s soils are influenced by the granite bedrock and physical geological processes.

Within the Park, the soils are sharply divided into those that are developed on site from either dolerite or granite. Plant communities are closely linked to landforms and soils.

One of the Park’s most distinguishing features is its diverse vegetation structure, ranging from jarrah-marri forest to wandoo woodlands, scarp heath lands and specialised granite outcrop communities. The vegetation complexes at the edge of the Darling Scarp and the Swan Coastal Plain are of particular interest as they continue to be under threat from urban and rural development outside of conservation areas.

Dramatic seasonal changes occur to the Park’s natural and surrounding landscapes: the spectacular wildflower display of spring, the golden browns of the dry pastures contrasts with the grey green of the forest during summer, and the greening of autumn grasses after the first rains. Winter rains turn the dry stream beds and the trickle of the Serpentine River to a foaming torrent below the towering granite outcrops. 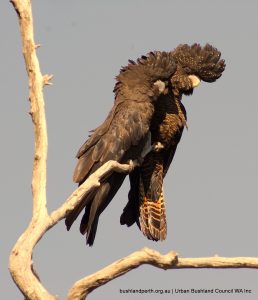 Of the 100 bird species known to occur on the Darling Scarp, over 70 have been recorded within the Park.