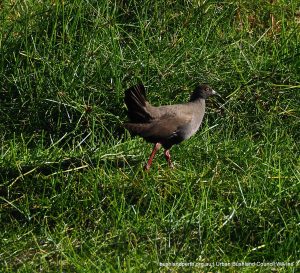 Yanchep National Park is a large park (2,799 hectares), situated 48 km north of Perth, on the Wanneroo – Lancelin Road.   The Park contains seven vegetation communities, four wetlands that have had little modification, and over 1000 caves, all of which provide a wide range of habitats for a variety of fauna.  It is an important conservation area on the Swan Coastal Plain.

The northern and western ends of the Park retain major conservation values and show a range of landscape forms, from tall tuart forest, lush wetland vegetation, and mixed banksia and kwongan heath on the uplands. Wildflowers are prolific in Spring and early Summer.

Nestled in tuart and banksia woodlands, the park is home to many different water and bush birds including grebes, swans, pelicans, cormorants, egrets, kingfishers, parrots, wrens and honeyeaters. Endangered Carnaby’s cockatoos are a spectacular daily sight. Western Grey kangaroos are commonly seen on the walk trails or grazing on the lawns and golf course.

Wetlands are a key feature of Yanchep National Park. The key wetlands are three permanent lakes (Loch McNess, Yonderup Lake and Wilgarup Lake) and a swamp in the north-east of Ridges State Forest, all of which are fresh, as well as Pipidinny Swamp, close to the south-west boundary.

North Loch McNess, compared with other metropolitan lakes, is relatively natural due to lack of modification (little or no clearing of vegetation has occurred and it has none of the impacts associated with urban or rural development). The lake appears shallow but the bottom is actually an unconsolidated peat mat through which water flows to a depth of about 6 m. In summer, some of the shallower areas dry out. A dense growth of sedges covers much of the lake.

Yonderup Lake Loch McNess is believed to overflow into Lake Yonderup. This lake has seasonal variations in water level annually by 0.6 to 0.8 m. There is a variety of habitats which support a diversity of fauna, particularly birds.

Wilgarup Lake This wetland (16.8 ha) is more a swamp than a lake, and does not have as wide a range of habitats as the two other lakes, but is less disturbed. 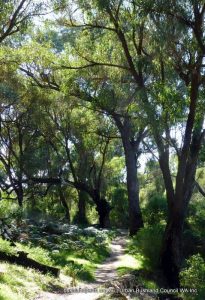 Over 250 000 visitors per year visit Yanchep National Park, the highest number of visitors to any single area of a national park in the State.  Visitors can participate in many activities including rowing on Loch McNess, picnicking and walking along the  nature trails.

The material presented here is largely sourced from the  Parks Management Plan or from  DPaW brochures.