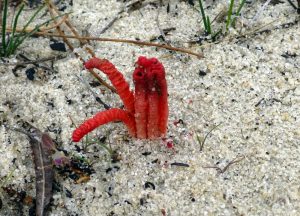 Koondoola Regional Bushland is a near pristine remnant of the Swan Coastal Plain.  It has stunning scenery and is an extremely precious site.

It is 137 hectares in size and 15 km from the Perth CBD.  It is a regionally significant area of remnant bushland.  It is located in Koondoola between Alexander Drive, Marangaroo Drive, Koondoola Avenue and Waddington Crescent.

Koondoola Regional Bushland is a Bush Forever  site as well as being a bushland linkage (as part of Greenways 12 & 13). 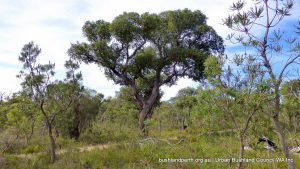 Koondoola Regional Bushland is located on the Spearwood Dune System with the southeast part of the bushland being a transition zone to the Bassendean Dune system and delineated by a line of swamps and lakes.

The Spearwood Dunes are relatively young, of aeolian origin with a degraded surface as a result of leaching, and with complex patterns of erosion and superdeposition. The dunes have relatively high hills and a variable topography.

The soils in the Spearwood Dune system are Karrakatta Soils consisting of deep, leached yellow and brown sands overlying limestone at depth.

In the Bassendean Dune System, the soils are Bassendean Soils; grey, with some yellow quartz sands 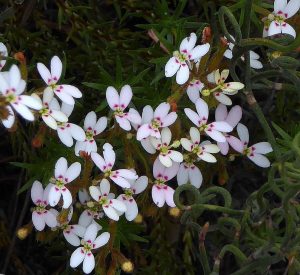 Koondoola Regional Bushland is located within the Karrakatta – Central and South Vegetation Complex and is typically dominated by Jarrah ( Eucalyptus marginata) and banksia species and with a diverse understorey.

At the boundary of the Karrakatta and Bassendean Complexes, the dominant vegetation types are Jarrah (E. marginata), Sheoak (Allocasuarina fraseriana) and banksia species transitioning to woodlands of melaleuca species and Flooded Gum (E. rudis) and sedgelands on moister sites.

274 plant species have been recorded in these two key vegetation communities.

The two seasonal wetlands in the Southern portion of the Bushland, and the dunal formation in the Northern area have high scenic value.  There is a distinct contrast with the sumplands in the low dunes and depressions of the Bassendean Dune System.  This contrast is striking!

The Bushland contains approximately 8.6 km of limestone paths and a further 9.2 km of sand tracks with a number of pedestrian entrances. See site access map:  Download.

Please note that permissions are required from the City for further usage.